The Five Most Incendiary Comments Ever Made By Chefs

The Five Most Incendiary Comments Ever Made By Chefs 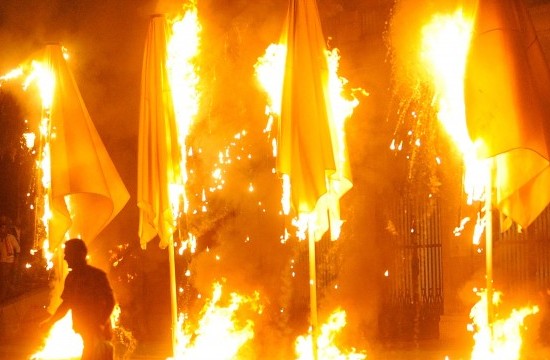 Sometimes, chefs stop pummeling each other and turn a disenchanted eye to the people outside of their world — activists, fat cats, people who don’t eat vegetables, and so forth — and find an irrepressible rage bubble deep in their soul. Sometimes they yell at the world. Sometimes the rest of the world yells back. Sometimes we decide to put our favorite fights in a listicle.

Note: Anthony Bourdain is not on this list. Otherwise, he’d dominate everything and we’d be left feeling sad that we’re not that clever. 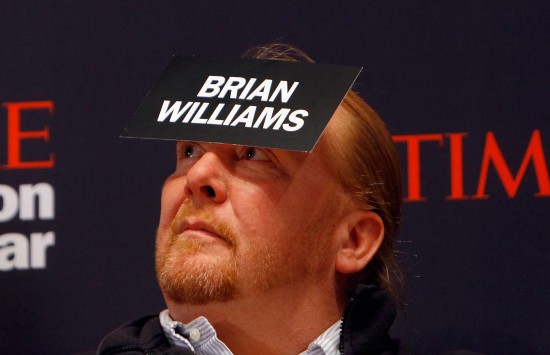 During last year’s Time Magazine Person Of The Year debate, in which members of the Time 100 discuss whom of their own to elevate, Mario Batali nominated bankers, on the basis that their combined greed had “the largest effect on the whole planet.”  And then he kicked it up a notch.  Oh wait, wrong chef, but THAT’S WHAT BATALI DID IN ANY CASE:

“The ways the bankers have kind of toppled the way money is distributed and taken most of it into their hands is as good as Stalin or Hitler and the evil guys…They’re not heroes, but they are people that had a really huge effect on the way the world is operating.”

Though bankers don’t mind being called a lot of horrible things, even they’re not immune to reductio ad Hitlerum. Financial service professionals en masse declared that they would never step foot into a Batali restaurant again, and rumor spread of banks refusing to comp meals there. Batali tried to clarify his statement, but dug himself into a bigger hole until his Twitter (publicist?) apologized for his remarks. 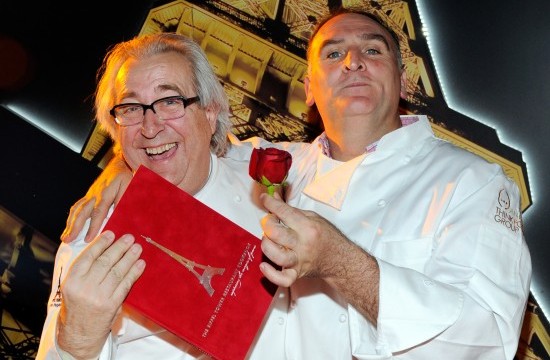 Buried in a story about Politico’s pre-WHCD breakfast is a wonderful exchange between Green Bay Packers cornerback Charles Woodsen and chef Jose Andres. News android Mike Allen, who was hosting the event, prodded the two men to ask each other questions. Woodsen jokingly asked if he could open a joint venture with the famous Spanish chef, because, you know, everyone would ask that.

“To me, it is completely out of sync, the way you go to watch your favorite players perform at their best — in the process of watching them reach for greatness we are making America fat. What will you do to change that? Because you want people, young guys especially young kids, to be like you because they are looking to you for inspiration. But the NFL, the NBA, the stadiums are these money-making machines of fat and fries.”

Woodsen admitted that he was only a player and “not a decision-maker.” “It would be hard for me to stop that machine for making money, but I understand your point…I don’t know how to change that.” Meanwhile, Woodsen desperately wished that he could go back to talking about how Obama snubbed the Packers before the Super Bowl. 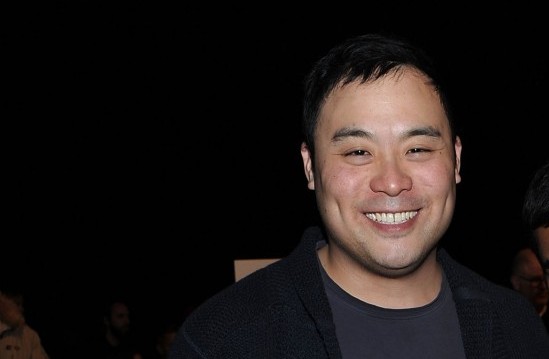 Look, if you’re David Chang and you’re at an event titled “I Call Bullshit!” with your bro Anthony Bourdain, you’re probably going to piss someone off. Which is to say: David Chang saying, “Fuckin’ every restaurant in San Francisco is just serving figs on a plate. Do something with your food,” definitely made a lot of people very angry.

So the NorCal chapter of the Asia Society, like prissy Victorians, cancelled his cookbook launch party/celebration of New Asian cuisine.

Program director Robert Bullock told SFWeekly that many of the chefs scheduled to appear with Chang had pulled out at the last minute, citing one who said that the insult was “now personal.” In return, Chang told SFWeekly that he’d been taken out of context (adding that “I can’t believe I’m the guy saying that context thing”), and cited the need for people in San Francisco to “start smoking marijuana.”

“I think they already do,” the reporter responded. 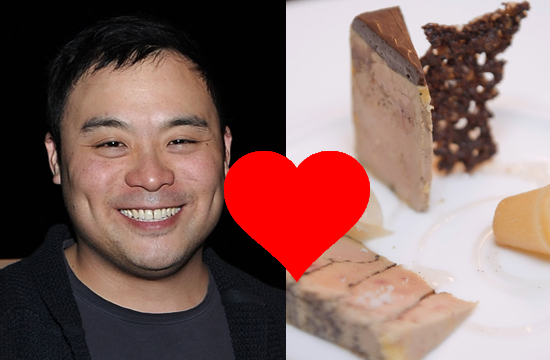 No amount of marijuana, however, could possibly placate either side of the foie gras battle between Chang and animal rights activists, particularly when a particular activist threatened Chang’s restaurant with “negative publicity” (possibly similar to the violent tactics used against other restaurants). But in a very thoughtful “Fuku” open letter posted on Eater, Chang outlined the reasons that his use of foie gras was not just humane and produced by conscientous farmers he’d personally overseen, but more supportive of the animal rights cause than his foes’ campaign of “misinformation.”

“Foie gras and fancy restaurants are soft targets — no one eats foie gras regularly and few people get to eat at a restaurant like Ko, though it does get a fair amount of media attention – so instead of digging in and trying to get Smithfield or Butterball or McDonald’s or some giant place that’s involved in the factory farm business, that is responsible for the systemized mistreatment of millions of animals, they come after foie gras and small businesses like ours that they feel like they can hurt more easily.”

And then he put more foie gras on his menus and donated the proceeds to feeding actual hungry people and the activists slunk off somewhere into the night.

Paula Deen vs People who care about their blood sugar 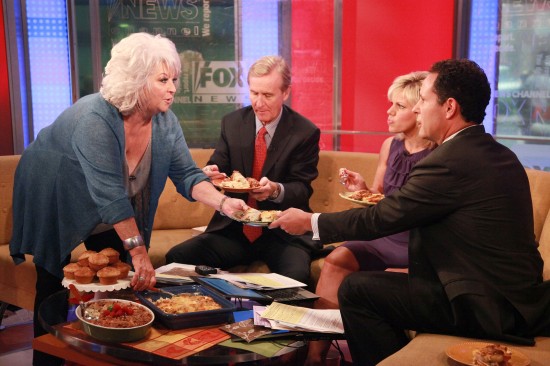 Remember that wave of deep-fried schadenfreude we all felt when we heard that Paula Deen had type 2 diabetes, and how quickly that was replaced by disgust when we heard minutes later that she was the new spokeswoman for a pharmaceutical company that sold her medication?

This is a good counter-example of how incendiary comments–and your general defense of an unhealthy lifestyle that you’re now profiting off of–occasionally are bad:

“I’ve always said, ‘Practice moderation, y’all.’ I’ll probably say that a little louder now,” Deen said Tuesday after revealing her diagnosis on NBC’s “Today” show. “You can have diabetes and have a piece of cake. You cannot have diabetes and eat a whole cake.”

The AP article sets up Deen versus a wave of detractors, including doctors, Food Network employees, an obligatory Bourdain appearance, and regular viewers of Deen’s show who are all pretty pissed off that this happened (except for the diplomatic Food Network). Best quote comes from a certain Judd Dvorak of Yuba, WI:

“It would be like someone who goes on TV and brags about how wonderful it is to smoke two packs of cigarettes a day and then when he or she gets lung cancer becomes a paid spokesperson for nicotine patches.”