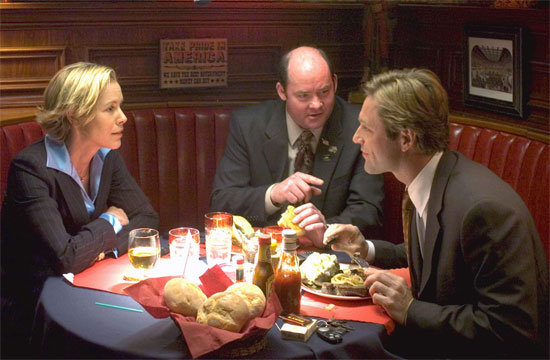 Ever since Richard Nixon stigmatized the practice during Watergate, Washington politicos frown upon publicly listing one’s political enemies. (They definitely keep private lists.) However, with the IRS’s recent admission that the group targeted anti-government groups for tax fraud, Food Safety News speculates (in a tongue-in-cheek, yet painfully accurate way) that this may have inspired “the ordinarily mild-mannered Center for Food Safety (CFS)” to accuse a number of food policy advocacy groups of being fronts for corporate interests.

Although these are, indeed, common strategies used in the policy process (and pretty depressing ones, at that), Food Safety News points out that very few of the groups called out by the CFS report actively tried to hide their corporate ties. For instance, these are the names of the groups listed as “Scientific Institutes of Food Manufacturers,” who are so bad at hiding their corporate influence that they should be kicked out of the corporate Illuminati:

The General Mills Bell Institute of Health and Nutrition

The Coca-Cola Company Beverage Institute for Health and Wellness

But other groups accused for less ridiculous reasons, such as the U.S. Alliance for Farmers and Ranchers, do actually seat industry marketing groups on their boards: a New York Times story called out the Alliance, nominally representing the voice of rural farmers and ranchers, for accepting money from major marketing groups like Monsanto and the National Pork Board (makers of “The Other White Meat” ads). Say what you will about the constitutionally protected right of moneyed corporate entities to form coalitions to combat the public perception of Big Ag — when you’re running an online contest called “Faces Of Farming” to find the perfect, down-home spokesman for your front group, you’re just grasping for authenticity.

None of the groups accused by the CFS have responded, likely because they’re too busy being corporate/concocting a scare tactic to even bother. Maybe they’re building yet another front group to attack the CFS via a smear campaign. We’ve heard front groups proliferate like genetically modified rabbits.