One Of The Food Network Star Contestants Is Already Totally Famous, This Seems Unfair 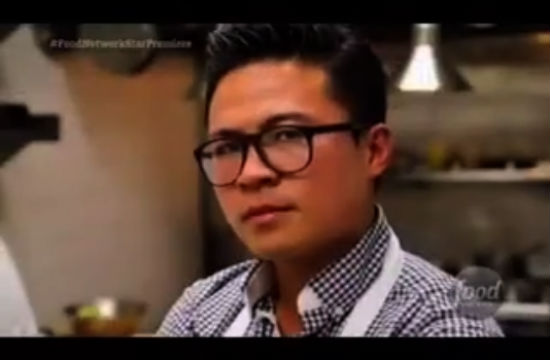 How do we put this gently? Food Network is really scraping out those burnt bits at the bottom of the cast iron on this round of Food Network Star. To wit: one of the contestants this season has auditioned the last three years running and never made it. They’re letting that guy compete this year. We get it. After eight seasons, scrounging up twelve affable and charming contestants becomes grueling. (We assume those last five divas on American Idol this year were all hags. But we didn’t watch, so really we have no idea.)

Such Daughters of Frey* were this year’s crop of FNS contestants that Bobby Flay, Giada De Laurentiis, and Alton Brown even backed off the remarkably refreshing mentoring format taken up for the first time last season. We’re back to everyone competing in the same pool, and GBA overseeing from atop their judgey perches.

Adding insult to injury, mixed in amongst these utterly forgettable contestants is a bright shining star who’s…already a star. Guys, did someone forget to background check Viet Pham? Because he’s kind of already famous. Pretty much the only reason everyone isn’t Danny Bowiening out over him already is because he lives in Salt Lake City, and food writers are too lazy/poor to schlep all the way out there to check out how awesome his restaurant Forage is. But he was named Food & Wine Best New Chef 2011, he’s already competed against Bobby Flay on Iron Chefand beat him, and he’s a Laurent Gras protege. He was even the subject of a Food Republic article last year entitled “Viet Pham Is Living The Made-For-Food Network American Dream.” COME ON. Plus, he’s massively adorbs, and speaks in gentle, soothing tones. This seems sort of cruel to the other contestants, no? (Worry not, we’ll continue to fill you in week-to-week on the season’s biggest train wrecks anyway, but it feels sort of empty this year.)

Check out Viet’s package and first dish below.

*In this metaphor, Viet is Roslin Frey. Is it too soon for us to be talking about this? Have you not yet recovered? Sorry, we’ll be on our way now.