So, What’s The Deal With Forbes’s List Of The World’s Richest Chefs? 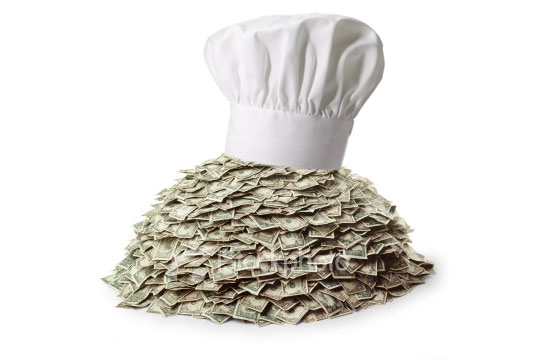 Yesterday, Andrew Zimmern called out Forbes.com’s list of the richest chefs for being ‘way off base’, particularly their exclusion of certain chefs and their inclusion of some questionable ones.

And why would they do that (apart from the obvious goal of making a click-able listicle based on something zeitgeist-y, like celebrity chefs)?  It’s not like their methodology makes much sense (from the way they explained it, it seems like they guesstimated based on the opinions of outside experts, instead of calculating from actual documentation). Consider the last time that Forbes made a listicle of the world’s richest chefs: 2008.

Back then, Rachael Ray was the richest chef in the world, worth a paltry $18 million compared to this year’s number one: Gordon Ramsay, worth $38 million. (Oddly enough, back in 2008 he was worth $3 million.) Tom Colicchio made the list that year, too, with $2 million. Even compulsive writer and Media Presence Anthony Bourdain, whom the author of this year’s listicle completely ignored, made the 2008 list with $1.5 million dollars.

Okay, five years ago, celebrity chefs weren’t the hot media properties they’ve become today, the more manic ones hadn’t diversified their assets yet, and Guy Fieri (8th on the 2012 list) was barely a flaming twinkle in America’s eye. But most of the chefs on the 2008 list did as much work as the ones on the 2012 list. What gives, Forbes? Especially since Jamie Oliver (very much absent on your list) was recently named the 501st richest person in England with a net worth of $234.5 million? (Take that, Gordon Ramsay.)

In fact, how about we just stare at the two lists and try to figure out what is going on? I may have just read Freakonomics, but I am not an economist. (If an economist is reading this, though, we’d love your insight.)