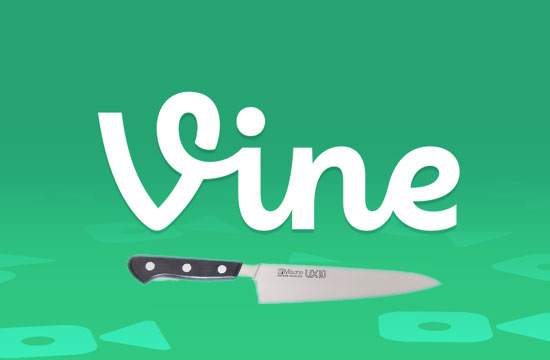 Here’s a collection of our favorite culinary Viners (is that what we should call them?), and why they make us laugh so darn hard.

ADAM RICHMAN: Richman’s one of the few famous food people who can actually use Vine to tell a joke, which is a rare skill. Some of his jokes are guffaw-worthy, like the ones where he narrates the thoughts of strangers:

Any whiter & he would be bleach. https://t.co/qru1cpYuno

And some of them are just…puns.

RICHARD BLAIS: We’ve covered many of his ridiculous vines, but the man is a veritable Vine auteur. Just look at his continuation of the seminal horror film The Blair Witch Project:

JOSE ANDRES: While the excitable Spanish chef sends out the traditional Vines of Cooking And Plating and Here’s What I Ate, he does so with such childlike enthusiasm, and with such odd gadgetry — like this one:

BIG GAY ICE CREAM: Because the ADD format of Vine is perfect for Doug Quint and his adorable eccentricities.

Hello i am off my meds RT @Zagat: This is what happens when we bring @biggayicecream to the Google caf. https://t.co/K8fXQOVBom