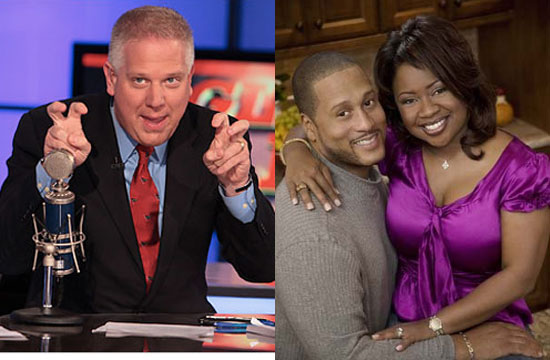 Everyone, break out your blackboards, because Glenn Beck just encountered some ideological discrimination, coated in a tangy barbecue sauce and caramelized onto the charred bones of Hating America.

Recently on his radio program, Beck recounted an experience he had at what he insinuated was Neely’s Barbecue Parlor in New York City. (Internet chatter says that it is indeed the restaurant of Food Network stars Pat and Gina Neely, since he described it in that way that everyone does when they try to remember famous chefs: “My wife said, oh, my gosh, this is so‑and‑so very famous, you know, barbecue couple that do this barbecue thing, you know, on TV.”)

And what happened to Mr. Beck? Was he openly jeered at, attacked, or served a cow’s stomach (though admittedly, they can be tasty)? No:

Well, I have to tell you, the look that I was given by those in charge at this restaurant was, how dare you even come in here. It was quite amazing. I said to my wife as we were walking up the stairs, I said, this isn’t going to go well. And she said, no, this was really a mistake. This is a minority‑owned shop. Was that the line that I dared to cross? No? No, it couldn’t be because there were white people in there. So it must be something else besides my character. It’s amazing to me. One would think that ‑‑ you wouldn’t want to shun people that might have diverse opinions. Maybe they could put a second door in or another entrance in for people like me.

The subtle slam of Neely’s Barbecue Parlor resulted in the restaurant receiving threats from Beck listeners. Though they were unsure if Beck was calling them out specifically, the restaurant denied that they set out to bully Beck, even getting a very nice-sounding hostess who may have seated the Becks to go on the record to The Huffington Post:

I’m not sure why Mr. Beck is insinuating that I, or anyone else on our staff, treated him with any form of disrespect, it simply is not true. I have worked in the hospitality and customer service industry for over six years and pride myself on treating every customer equally, doing anything and everything I can for them, while ensuring that they feel welcome. Outside of work, I am a Southerner through and through. I smile at everyone, say “hi” to strangers, and open doors for people – I can’t help it, it’s how I was brought up. What I love so much about the Neely’s Barbecue Parlor family is that every employee does the same – whether or not they’re from the South.

We’re going to make one suggestion as to the reason that everyone was staring at you, Mr. Beck, and you’re not going to like it: They were staring at you because you are a famous person. Not discrimination. Not because of your gleaming, lily-white skin, pale like moonflowers. You had a television show for a while on FOX and then you became famous and everyone knows you and your blackboard.

(And precisely why did you become famous, and subsequently lose your show? We have no idea.)