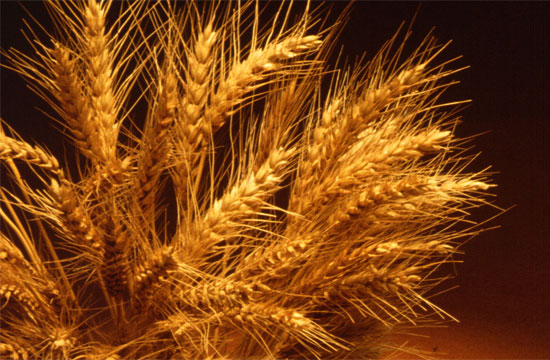 Short answer: no. Long answer: according to the New York Times, only 1.8 million people in the US have celiac disease, with an additional 6% having a wheat allergy. The rest of the country obsessed with gluten-free foods are, according to data from marketing research firms, obnoxious health nuts with three times more money to spend than the average consumer. They also have a lot of concerns for their gut flora:

“I see this as part of the current American concern with digestive health, which is also responsible for the yogurt boom,” said Harry Balzer, vice president at the market research company NPD Group, where he has followed the food industry for some 30 years. “About 30 percent of the public says it would like to cut back on the amount of gluten it’s eating, and if you find 30 percent of the public doing anything, you’ll find a lot of marketers right there, too.”

At the same time, the people who are sensitive to wheat can now rejoice, for they have infinitely more choices than they did five years ago, because the fad isn’t projected to disappear anytime soon. Popcorn Indiana CEO Hitesh Hajarnavis, who’s been labeling his product as gluten-free since the late 90’s, points out that the health junkies aren’t really reaping the benefits of eating less gluten:

“There is a growing population of people who have somehow heard that gluten-free is healthier or think of it as fashionable, and when they remove gluten from their diet, they’re inadvertently taking out a lot of processed foods and are really feeling the benefits of eating healthier foods.”

Okay, fine, maybe that obnoxious percentage of American consumers is doing something good.