Is Gordon Ramsay Bringing His British Prison Show To The United States? 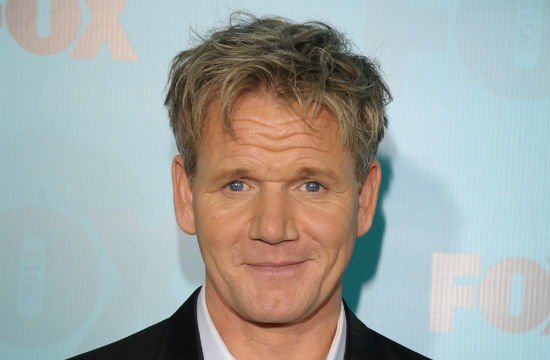 Gordon Ramsay’s successful UK series Gordon Behind Bars documents his attempt to makeover prison inmates into productive members of society in the form of line cooks. (Though we’re not sure if the particular indulgences working as a professional chef in a commercial kitchen lends itself to is necessarily the best world in which to throw convicted felons, but, hey, who are we to judge?)

Basically, Gordon stormed a British prison, got pissed off that most of the inmates do nothing but hang out in their cells 21 hours a day, and asked around when the last time any of them worked a 60-hour week was. When he was met with blank stares, he decided to whip some butts into gear in preparation for their work force reentry. “Why should they be sat there doing jack shit?” he asks. Fair e-fucking-nough.

So, he teaches them how to work a line, and they work serving meals to the inmates. Heartwarming, no? Okay, but seriously, it takes major guts for Gordon to take on a bunch of rough guys who have a history of dismissing authority.

Apparently, he’s been shopping this show around the U.S. to bring yet another hour (or two? Please not two) of Ramsay-mania to probably Fox. …Or at least, that’s what we assumed when he tweeted, “I’m currently looking at a US prison!”

He tweeted that out in response to a fan who wrote, “Captivated by the new show, your dedication, & the prisoners’ hard work. Can I bribe you to send a Bad Boys Slice to the US?”

What do you think of Gordon teaching US inmates the line? Different ballgame than the UK, or will he knock this one out of the park (and by out of the park, we mean into 10+ seasons, like Hell’s Kitchen US), too?