Grant Achatz Blames the Parents, Not the Child, in the Alinea Baby Brouhaha 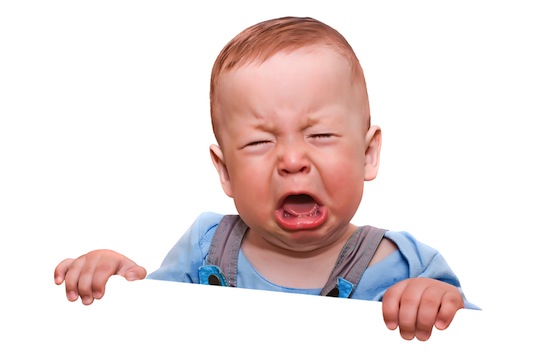 As #alineababygate winds down, Chicago Reader sat down with Grant Achatz after hearing his official stance on babies at his three-star Michelin restaurant on Good Morning America: babies are not, nor have they ever been, banned from Alinea.

But why did he single out this unnamed party? As he stressed, he wasn’t put off by the baby’s crying, but by the parents’ refusal to be considerate or responsible for their child.

Achatz had no idea whether, as many speculated, the parents had lost their babysitter for the night, but said that he would have been happy to be flexible and refund their tickets (“We do this all the time,” he added, citing the reservations lost to the polar vortex). In fact, he’s had plenty of well-behaved infants at Alinea, but the difference between a good fine-dining baby and this squalling infant was that the parents refused to be responsible for their child. (Which, really, is the point of being a parent, no?)

Here’s how it went down, according to Achatz:

Eventually the general manager approached the woman on whose lap the infant spent the evening and suggested she step into the foyer. “She got up and took the child into the bathroom for a minute and came back,” said Achatz, “and the child continued to fuss. And she never did anything else. It was like, ‘I’ve done my part. I tried and failed. And now I’m not going to deal with it.’ It almost felt like it was people projecting this entitlement. Like ‘We’re here, we can do whatever we want, we paid for it,’ without any concern for the people around them.”

This was not the first time an infant had crossed the threshold of Alinea, Achatz told me. There have been other infants, and there have been breastfeeding mothers. But this baby’s disruption was unprecedented, he said, because the adults refused to take responsibility for its behavior.

Though he’s received terse emails from the other patrons that night complaining about the baby, he hasn’t received any sort of notice from the baby’s parents — and yet, he refuses to out them or even Tweet-shame them by name. We commend you, Grant, for your restraint — we would have been, let’s say, less than subtle.

RELATED:
I Was the Alinea Baby, But Charming: How To Keep Your Kids Chill at Fancy Restaurants
WATCH: Grant Achatz ‘Does Think Children Should Experience Fine Dining at an Early Age’
7 Ways To Shame A No-Show, In GIF Format