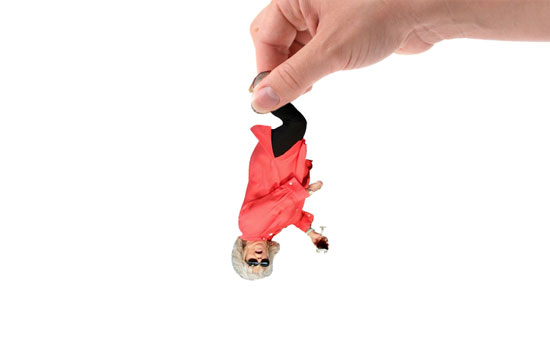 Scroll down for the latest updates.

Last Friday, the Food Network fired Paula Deen in the light of a legal deposition (and, it looks like, more legal action) alleging that she repeatedly used racial slurs to refer to her employees. This means that, as night follows day, the other companies associated with Deen and her inability to really apologize for accidental racism must also take action. Here’s a handy guide, which we’ll update regularly, as to what companies want nothing more to do with Mrs. Deen.

Smithfield Farms: Dropped like a ham on Paula Deen’s face. Its PR folks told Eater, point-blank, “Smithfield condemns the use of offensive and discriminatory language and behavior of any kind….We are terminating our partnership with Paula Deen.”

Novo Nordisk: Inconclusive, though she’s still a spokesperson for them at the moment. Remember, this company hired Deen as a spokeswoman for its diabetes medication (which she promptly announced while also announcing that she had diabetes, which, you know, wasn’t great). A spokesman from the pharmaceutical corporation tells Medical Marketing and Media that they’re waiting to see if Paula can dig herself out of this one:

A spokesperson told MM&M in an email that the company does not condone racial intolerance and has “spoken to Paula about her comments in the deposition.” What this means for their future relationship is unclear, as the company proceeded to say its focus is caring for patients “while [Deen] takes a more proactive approach to clearing up her comments.”

We’re just gonna wait to see what God has to say about this one. UPDATE (6/27): They just dropped her.

QVC: The shopping network also told Extra TV that they “are closely monitoring these events” (which seems to be a really common phrase used lately).

“QVC does not tolerate discriminatory behavior. We are closely monitoring these events and the ongoing litigation. We are reviewing our business relationship with Ms. Deen, and in the meantime, we have no immediate plans to have her appear on QVC.”

Random House: Also inconclusive, given a statement from the publishing company to People magazine. Ironically, in October, Deen is due to publish a book entitled Paula Deen’s New Testament: 250 Favorite Recipes, All Lightened Up, which really sounds like some sort of diabetes mea culpa.

A thought: if Random House decides to keep Deen on its payroll, what’s her next book going to be titled? “I Have A Deen: Recipes From The Table Of Brotherhood?”

Sears, JCPenney: Still remarkably mum on the issue, apart from their (you guessed it) continuing to monitor the situation. What if they’re actually just watching Mike “The Situation” Sorrentino rub butter on his abs?

Oprah: We don’t even know if Deen’s good friend Oprah is monitoring the situation at all. She might not even be in the same plane of existence as us at the moment. But if Paula Deen were to really, truly show the world that she’d Learned Her Lesson, a choice public appearance with the Academy Award-nominated star of The Color Purple miiiight go a long way towards a public rehabilitation. Then again, Deen has a history of ignoring Oprah’s advice at her peril, so…yeah, don’t hold your breath.

UPDATE (06/26): Louisville, KY news station WAVE reports that Caesars Entertainment has dropped their business relationship with Deen and will close all four of her Paula Deen Buffets. Horseshoe Southern Indiana, a casino operated by Caesars, claims that the business decision was mutual, which, uh huh.

Wal-Mart: Aaaaaand Grub Street reports that the mega-big box retailer has terminated their relationship with Deen, and will stop ordering all her products (good-bye, Paula Deen Scented Candles):

We are ending our relationship with Paula Deen Enterprises and we will not place new orders beyond those already committed. We will work with suppliers to address existing inventories and agreements.

Home Depot: NBC News reports that shortly after Wal-Mart terminated their relationship with Deen, the home improvement megacorporation also decided to stop selling Deen’s kitchen and cookware products. Now where are we gonna find those Paula Deen-branded sledgehammers that only existed in our dreams but hey whatever?

UPDATE (6/27): In a long and thoughtful letter on their website, QVC announced that they have “decided to take a pause” in their business relationship with Deen for the next few months until the lawsuit is done with. Apparently “taking a pause” means they’re phasing out her products and preventing her from being on the televisions.

Deen’s response, also on the website, is not as long or as thoughtful:

I want to let you know how much I value my relationship with all of you and with QVC. I’ve loved hearing from all of you over the years, with your calls and posts and letters.  I’ve so enjoyed my close relationship with David Venable and his team, and my warm interactions with the extended QVC family. I also appreciate the caring way that QVC has interacted with me over the past week.
As you know, I have some important things to work on right now, both personally and professionally. And so we’ve agreed that it’s best for me to step back from QVC and focus on setting things right.

I am truly sorry and assure you I will work hard to earn your forgiveness.

Target: The store that has everything (seriously, everything) has told Eater that they will “phase out the Paula Deen merchandise in our stores as well as on Target.com.” Boo. Now we have to buy Martha Stewart’s stuff. Boo.