Heatwave tweets | What Chefs Eat When It's Hot | Funny Chefs 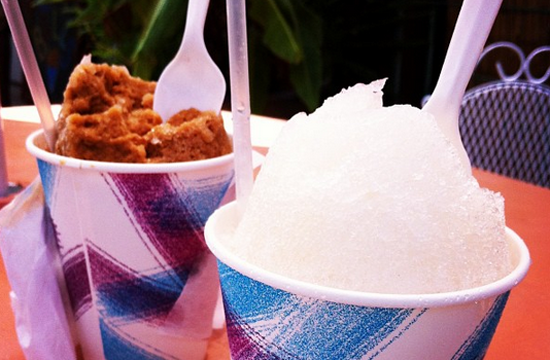 If you’re lethargic and melting like the rest of us, try being a person whose job is to stand in front of a hot stove all day, or someone who eats scorching hot food for a living. Here’s how your favorite hot chefs spent this hot week.

Is it hot out? We hadn't noticed, I suppose because we're so busy luxuriating in our 33° walk-in fridge. #oktohate http://t.co/cD3LXqlgTP

It's soooo hot in NYC today.
Thanks Iced Coffee! http://t.co/wnqLLkxt2E

If there's a better thing to do on a hot day than eat at @RollNRoaster, I haven't found it.

Holy cow how did you do this, Ruth Reichl?

The new West side Ippudo: cool place on a hot day. pic.twitter.com/YekqomZDJO

@NYTnickc No line today. You have to be crazy to eat ramen when it's 100 degrees outside.

YES YOU DO. Here’s a better idea:

Taking over a hotdog cart for an hour Fun pic.twitter.com/6ZfAzKRx6c

Well, they did order salads!

Rooftop open all night. I know it's hot…. But that's what the drinks are for;) #littlegoat

And some crazy chefs went RUNNING.

Had an hour to kill in NYC. So I ran a 10k in The Park. It's kind of hot today… Help me fight childhood obesity? http://t.co/pZZH6ZFJGU