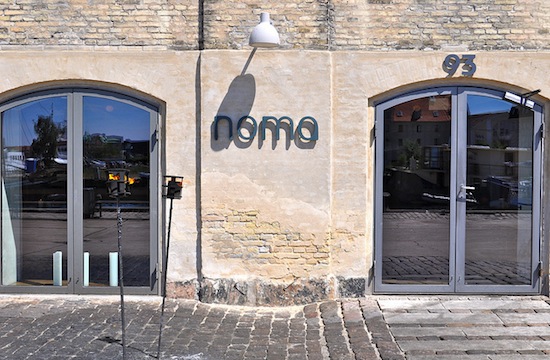 Yes, we can all ooh and aah over Rene Redzepi as one tends to do when a grandiose profile of him appears, like this week’s WSJ. Magazine profile in which Redzepi was named “Food Innovator of the Year.” That doesn’t mean we still won’t get hung up when we see a chef (really any chef, no matter how famous he or she is for foraging) planning to serve “farm-raised turtle” at any given time. Call us crazy, but we didn’t even think that turtles could be farm-raised for eating.

It’s among the first articles to really discuss Redzepi’s plans for his Noma Tokyo pop-up restaurant, opening in January. “You could say we’re in the process of gunning for three Michelin stars in Tokyo even if we’ll only be open there for a month,” Redzepi says to the magazine. But really, let’s consider this planned menu in full:

… Novel ingredients have been discovered after many hours of foraging in the Nagano area: Japanese ants have been procured, mountain grapes are in abundance, wild kiwis are likely on the docket. Five kinds of wood are being processed into oils and broths. Larvae from lethal hornets will be turned into a sauce. Ten cooking oils, 10 salts and 15 sugars have all been tested for possible use. Venison tongue has been sourced, as has horse meat, but the menu is being kept primarily vegetarian to stay in line with the idea of “being in Japan, but still being Noma,” says Williams.

They might use farm-raised turtle, though, and they have learned how to butcher one accordingly. Williams reports that 40 different lacto-ferments and garums, ranging from 15 varieties of grapes to plum to eggplant, are now under way. The 112 people who eat at Tokyo Noma every day (two seatings, 56 guests at each) will be eating dishes that literally contain several months’ worth of flavor, just as at Copenhagen Noma.

Farm-raised turtle. Japanese ants. Lethal hornets. Broth made from wood. Even the horse meat isn’t really fazing us at this point. But hey, if anyone can make lethal hornets into something delicious, it’d be Redzepi.