Here’s The New Yorker Poem People Are Freaking Out Over 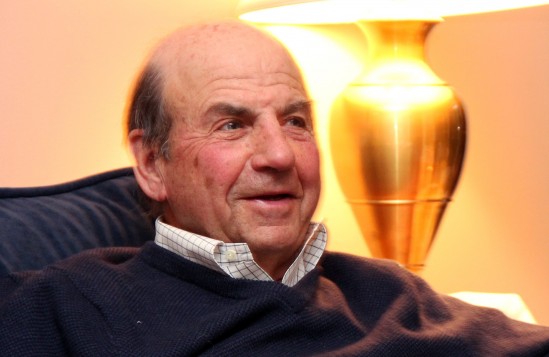 We’ve been talking a lot about food and race lately. It seems  like everyone is. Dan Pashman recently did an entire series on his podcast The Sporkful about “other people’s” food. How we cook it, how we eat it, how we talk about it, how we photograph it. How the conversation changes when the food in question is associated with people of color, and the person cooking it, eating it, talking about it and photographing it is white. Is that allowed? Is it sort of allowed? Where is the line?  We felt compelled to write about it, and honestly we’re not sure.

This week, Calvin Trillin, a food writer and humorist published a poem in The New Yorker called “Have They Run Out of Provinces Yet?” The poem goes:

Have they run out of provinces yet?

If they haven’t, we’ve reason to fret.

Long ago, there was just Cantonese.

(Long ago, we were easy to please.)

But then food from Szechuan came our way,

Szechuanese was the song that we sung,

Though the ma po could burn through your tongue.

Then when Shanghainese got in the loop

We slurped dumplings whose insides were soup.

Then Hunan, the birth province of Mao,

Came along with its own style of chow.

So we thought we were finished, and then

Then respect was a fraction of meagre

For those eaters who’d not eaten Uighur.

And then Xi’an from Shaanxi gained fame,

Plus some others—too many to name.

Now, as each brand-new province appears,

It brings tension, increasing our fears:

Could a place we extolled as a find

Be revealed as one province behind?

So we sometimes do miss, I confess,

Simple days of chow mein but no stress,

When we never were faced with the threat

Of more provinces we hadn’t met.

Is there one tucked away near Tibet?

Have they run out of provinces yet?

I read this poem, and I think he’s making fun of me. I’m that person. I eat kale, and also complain about kale and avocado toast, and I love when restaurants put eggs on things. And did someone say bacon? I’m in. I was all about Cantonese food. Now give me spicy Szechuan food or give me nothing at all. Unless of course you’re talking about soup dumplings. Those I’ll eat anytime. His poem described me, exactly. I thought he was making fun of me, and that was that.

Not so. As Grub Street pointed out, there was a lot of outrage over the poem. Another interpretation of the poem is that Trillian is saying “there are too many types of Chinese people.”

Eddie Huang took to Twitter to express his disappointment:

.@NewYorker the answer is YES soon the world is going to run out of provinces for basic whites to gaze on and consume and toss to the side

I wrote this in 45 minutes cause that’s all Calvin Trillin gets “Have They Run Out of Pumpkin Spice Yet?” @NewYorker pic.twitter.com/rFNnMreCIN

Joyce Carol Oates got in on the action, too:

Before we beat Trillin to a pulp let’s remember there are professional food writers who think “Asian food” is a meaningful phrase.
— Pete Wells (@pete_wells) April 6, 2016

Also this would be a good moment to go read Trillin’s back catalog including his coverage of the civil rights movement.
— Pete Wells (@pete_wells) April 6, 2016

Of course, I’m not Chinese. I don’t know what it’s like to read the poem as a Chinese person. Is it racist? I’m not sure. If it offends people, it’s probably in poor taste, at least in some capacity. Let us know what you think in the comments.