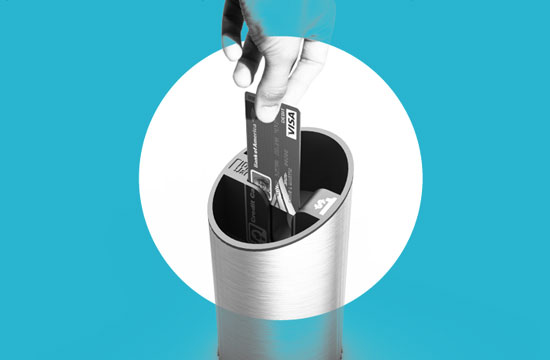 With the decline of cold, hard cash and the rise of cold, hard plastic, food service workers everywhere are seeing their wages go down because, how convenient, no one seems to have a dollar bill to stuff in the tip jar any more. In sunnier days, according to Reuters, a barista could bring home nearly $3 more per hour thanks to the generosity of the tip jar, but who uses cash these days?

A new invention called the DipJar (currently in beta testing in select coffeehouses) aims to change that:

With a quick dip of their credit cards into the sleek machine, grateful customers are able to leave a pre-set tip (generally $1) for baristas. An old-fashioned cash-register chime alerts them that the transaction has gone through, but there is no receipt. Counter workers later divvy up the proceeds, which right now are not subject to a processing fee.

Seriously, though, it sounds like a pretty awesome idea for tip-based industries with counter service — but Reuters warns that technology might not be the solution for burgeoning wage issues:

When Swork Coffee in Los Angeles recently swapped paper receipts for an iPad checkout system at its three locations, tips dropped more than 25 percent overnight, says owner Patricia Neale. Neale laments that her baristas, who make between $9 and $12 per hour, could once count on $50 in tips per shift, but now sometimes make less than $5.

So basically, as soon as we remove the tip-proving paper trail, our innate stinginess runs rampant. Way to be, humanity. Way to be.