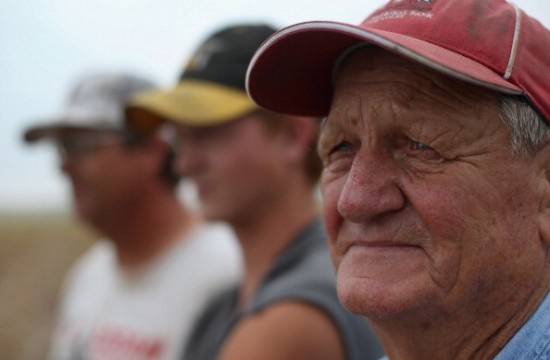 After weeks of intense negotiations, Congress and the White House passed a last-minute bill preventing the federal government from going over the so-called “fiscal cliff,” including, finally, an extension of the Farm Bill that had trouble being revamped back in September. The fiscal cliff deal extends the 2008 version of the Farm Bill for another nine months to allow lawmakers to hammer out the details in funding America’s agricultural programs — a difficult task, given the GOP-controlled House’s prior reluctance to reconcile the Democrat-led Senate’s version of the Farm Bill. (Moreover, with the 2012 elections, many of the key committees writing the Farm Bill will have new members. Oh, this is going to be fun.)

So while everyone else celebrates the end of Cliff-Mas (and yells about the fairness of the tax burden distribution), the fiscal cliff will still impact our nation’s farmers, and according to Reuters, here is how:

However, this extension hardly counts as a comprehensive and sustainable fix: Voice Of America points out that since the 1930s, when they stepped in to keep food prices low during the Depression, Congress is supposed to write a new version of the Farm Bill every five years in order to keep the agricultural industry stable.  But “what happens when it expires is, it reverts to what’s called ‘permanent law,’ which [is] laws that were written in the 1930s and the 1940s,” says Mary Kay Thatcher, a lobbyist for the American Farm Bureau Federation.