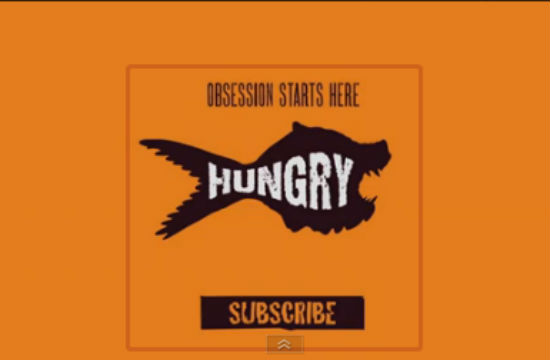 Are you dying to know what tasty treats you’ll have to look forward to when HUNGRY, one of 200 niche market original channels being rolled out by Google for YouTube, debuts later this summer? Well, we got our hands on HUNGRY’s programming guide via The Huffington Post, and we’re actually kind of legitimately excited by some of the three-minute episode concepts.

On Wednesday, June 27, Summer Desserts Unplugged With Laura Vitale kicks off, where she’ll show you the art of dessert-making sans kitchen gadgets! (Get it? Unplugged? Clever girl.) Perfect for those of us with tiny kitchens who have been banned by our roommates from purchasing any more kitchen appliances (I swear, the cold-press coffee-maker was a NECESSITY in my life).

On Saturday, June 30, Casserole Queens premieres, in which wacky duo Crystal Cook and Sandy Pollock don their most adorable aprons and sassiest retro outfits to cook up that classic (albeit hideous) ’50s dish in presumably modern, delicious ways. And there’s middle-aged women boozing it up on YouTube, so that’s always fun.

Later in July, Summer Beer Cocktails With The Beer Chicks (Christina Perozzi and Hallie Beaune) will show us everything we can add to beer to make it more delicious than it already is.

August sees the premiere of Grill This With Nathan Lippy, where Nathan shows us how to make three-course meals (including dessert) entirely on the grill. Citysearch Eats and Urbanspoon Credibles also premiere in August, which act as HUNGRY’s man-on-the-street foodie team, using bloggers and locals to explore different cities’ food scenes.

To close out the summer, Fung Bros. Mess With Texas, Duff’s Food World, and Pork You will roll out in August and September. The Fung Brothers’ Texas takeover marks the comedian/writer/foodie/rappers’ first time experiencing Texan cuisine. To conclude each episode, they rap about it. Sneak peek:

And, of course, we know all about Top Chef: Masters contestant Chris Cosentino and his big Pork You to Food TV (at least the kind that actually airs on real televisions).