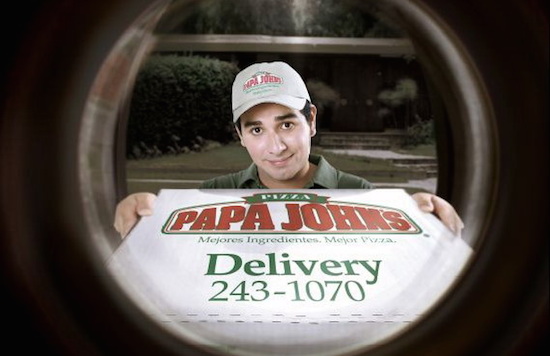 But really, what’s the real crime here? Having your privacy invaded or having really sh*tty taste in delivered pizza?*

Today in “stars just like us,” we find that Grammy nominee Iggy Azalea is just like us, in that when a company pisses her off, she uses Twitter to shame them. After ordering a Papa John’s cheese pizza before the Grammys on her personal phone and finding weirdo teenagers getting into her text messages, Azalea decided to do something about it on Twitter.

@PapaJohns I ordered a cheese pizza but instead I got tons of calls and messages like this one. pic.twitter.com/fgKhydivXb

@PapaJohns and this is all your supervisor has to say about it #ProfessionalAsFuck pic.twitter.com/kyQMWQADSq

You have to admit, this is a comedy in the making — until now.

You know, to protect their privacy… Too bad they don't value the privacy of their customers also. #DamnShame

So Papa John’s lost last night, but the snafu was a total win for DiGorno.