Inside Maison Premiere's James Beard Awards Pop-up at The Aviary 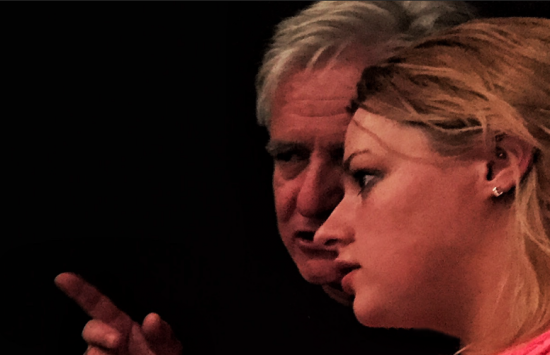 Dale DeGroff and Hope Clarke eying the action inside The Aviary.

This week, The Braiser’s in Chicago, recapping the events of the 25th annual James Beard Foundation Awards.

Marco felt the rush at the door early.

By 10pm, those who hadn’t gotten enough of Maison Premiere‘s Mai Tais earlier Sunday afternoon at The Purple Pig, directed their Ubers west to The Aviary, where the Brooklyn crew, nominated tonight for Outstanding Bar Program, shook and poured for an all-star lineup of restaurant luminaries like Dale DeGroff and Coi chef Daniel Paterson. Everyone else waited. Rising chefs milling outside under the bar’s blue awning, or sipping bourbon down the corner at La Sirena Clandestina, (which host’s its own post-awards takeover tonight, by the team behind Miami’s The Broken Shaker) while watching their heroes come and go.

“They’re like cocktail luminaries, and they just got in,” worried one group of bartenders as DeGroff and Steve Olson finally forged past the door toward a front table. 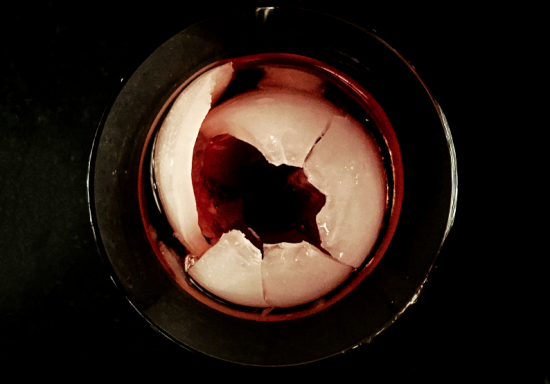 Drinks were a mix of Maison Premiere originals and The Aviary's own.

But nothing better confirmed everyone inside and out belonged to the industry, as when Thomas Keller arrived just before midnight. While dozens clung to the bar’s facade and front steps, splintering to network, reunite, or seek out a lighter, an atomic silence blew from West Fulton Market down North Morgan as the crowd parted and hushed to make way. And when Marco enunciated the Per Se chef’s name into his mic, not only was it by then so silent on the concrete that everyone outside heard who was entering next, you could swear everyone inside could too.

Though you’d be wrong. The door suddenly locked on Marco and after a few sweaty tugs at the handle and knocks on the glass, Keller swooped into the revelry, the controlled chaos on both sides of the bar’s cage wall separating the Williamsburg crew in bespoke suits mixing Titanic Thompsons for cameras, and shaking long-distance friends’ fingers jammed through the links, while the white-jacketed Aviary team laser-focused on liquid nitrogen teapots and ice-shattering Boulevardiers, more than a few of which cracked on the other side among slick half-eaten slivers of rib eye. 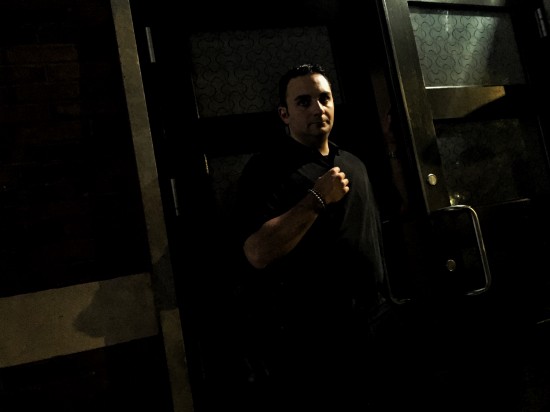 Marco, The Avairy's doorman, in control of the midnight chaos.

By a quarter past 12am, the moment Andrew Zimmern stepped outside, consoling “two in, two out, you can still get in”, the doo took a knee and floodgates opened as everyone from leftover Speed Rack revelers to wobbly editors arriving from a “puppy party” got to see, feel, and, taste the night’s energy for themselves.

Just not Thomas Keller. He was downstairs in The Office.