Is It Possible to Create a ‘Munchies-Free’ Strain of Weed? Bethenny Frankel Thinks So 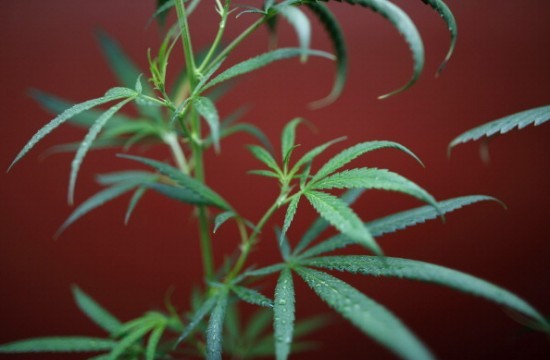 And according to potheads everywhere, Bethenny Frankel is determined to make weed “lame” and “no fun at all.”

In aims to keep with that “Skinnygirl” terrible-tasting mentality, Frankel sparked rumors that she’s been aiming to get into the dispensary game with a non-munchies-inducing strain of marijuana. Everyone is highly disappointed, except for Frankel, who we predict will be laughing all the way to the bank. Us Weekly reported that “sources [say] the mom to Bryn, 4, ‘read about how profitable the cannabis industry is and wants to get in on that.'” Uh, yeah.

Still, no one is happy about it. “Her bespoke strain will be specially engineered to keep users from getting the munchies, and instead (we assume) will replace cravings with the vacant-eyed soul-hunger and unnameable sadness associated with other Skinnygirl products,” reports New York mag’s The Cut. “Who knows, maybe she’ll launch a line of gluten- and fat-free edibles next that take all the fun out of edibles!” says First We Feast (to which we say groannnnn).

So for real — is it really possible to not get the munchies when you get stoned? Is it avoidable? Well, not really. TIME explains how THC, the active ingredient in marijuana, sets off not just neurological receptors to crave all the fatty foods, but also receptors in our guts. But THC is what heightens the senses, explains the Smithsonian:

This effect of THC has to do with the underlying reason why the chemical affects the human brain so potently in the first place. Likely produced by the marijuana plant as a self-defense against herbivores who might feel disorientated after eating the plant and avoid it in the future, THC fits into receptors that are part of the brain’s natural endocannabinoid system, which helps to control emotions, memory, pain sensitivity and appetite. Our brains typically produce their own chemicals (called cannabinoids) that fit into these same receptors, so by mimicking their activity, THC can artificially alter the same factors in dramatic ways. …

The scientists began by exposing mice (increasingly used in neuroscientific research because of the surprising amount of cognitive similarities they share with humans) to banana and almond oils as a test of sensitivity to scent. When they did so, the mice sniffed the oils extensively at first, then stopped showing interest in them, a well-known phenomenon called olfactory habituation. Mice that were dosed with THC, however, kept on sniffing, demonstrating an enhanced sensitivity to the scents. These THC-dosed mice also ate much more chow when given the chance, showing an increased appetite.

So in short: THC is what helps foods really pop in your mouth. So yeah, unless you want to make marijuana without THC, Frankel … you really are creating one giant buzzkill.

Don’t worry though, Jezebel already created the “be a stoner and skinny” diet for us.

[Us Weekly, The Cut, First We Feast, TIME, Smithsonian, Jezebel]