Is This Food Racist? The Event You Need To Be At This Week 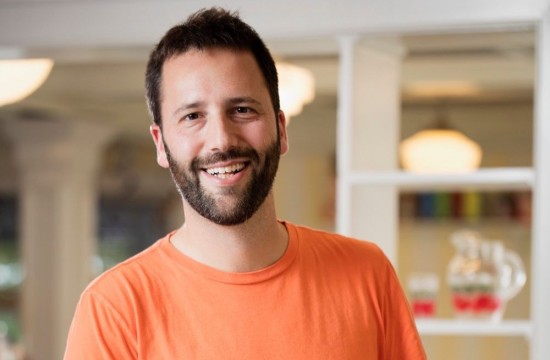 We’re huge fans of Dan Pashman and his podcast, The Sporkful at The Braiser. For the uninitiated, The Sporkful is a weekly podcast where Pashman along with guests (ranging from food scientists to priests) explore important topics such as “what is a sandwich?” and why nobody wants to have dinner with Michael Pollan. More seriously, he’s also tackled the topic of eating disorders, and on one episode he talked with comedian Ron Funches about the challenges he faces when he tries to get his son, who has autism, to eat.

The first episode of Pashman’s newest series, “Other People’s Food” will be available for download tomorrow, March 22nd. He’ll talk with Rick Bayless, Chitra Agrawal (The ABCDs of Cooking), Nicole Taylor (The Up South Cookbook), and Krishnendu Ray, New York University’s department chair of food studies. The topic will be culinary cross-pollination, cultural appropriation, and cultural exchange. Additionally, Pashman will talk with a listener about his frustration with The Sporkful’s portrayal of Korean food.

On Tuesday, March 29th, Pashman will discuss how our stereotypes about people play into how we eat and think about other cultures’ food. Nicole Taylor, Chitra Agarwal and Krishnendu Ray are back, and they’ll discuss everything from how the foods of their childhoods have affected them, to why Italian food costs more than Mexican food, to the #foodporn we see on our social media. The third episode features Joe McNeil, a retired Major General of the U.S. Air Force and member of the A&T Four. In 1960, the A&T Four sat at the counter in Woolworth Department Store in Greensboro, North Carolina, which was segregated. Though they were refused service, they stayed there until the restaurants closed. This sit-in was the catalyst for many more lunches. Pashman and McNeil will share a slice of apple pie and talk activism.

The fourth episode of the podcast will be recorded at a live event in New York City. On Thursday, March 24th at The Greene Space, Pashman will be joined by Rosie Perez and Ashok Kondabolu, aka Dapwell, formerly of Das Racist (the hip-hop group that wrote what is possibly the greatest song ever).  They’ll attempt to answer the question “is this food racist?” Kondabolu will discuss immigrant food cultures in Queens, and will delve deeper into the the themes from the first three episodes and relate them to his own life. Chitra Agrawal and Nicole Taylor will be catering.

I’m not sure whether food can be racist. I do know that we need to talk about it. Tickets to the event are available now.

Listen to the trailer for “Other People’s Food” here: