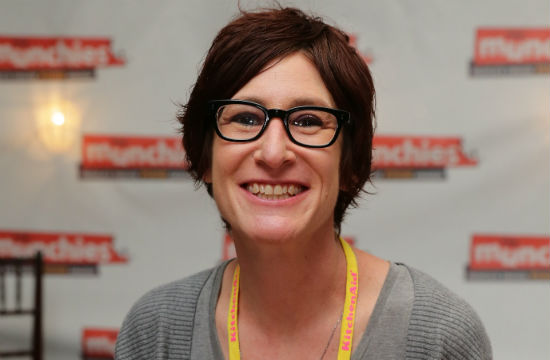 Guess what’s grosser than farmers humanely fluffing up ducks and geese in an effort to mimic a phenomenon that occurs in nature, in which those particular water fowl overfeed to survive a long winter, resulting in engorged and delicious livers? Answer: factory farming! And considering that foie gras is consumed in America at a rate of .00265 pounds per person per year, while chicken is consumed at a rate of 60 pounds per person per year, Jenn Louis has some feelings to share regarding militant foie gras activists who may or may not be ignoring where their styrofoam-wrapped chicken comes from. In an op-ed for Huffington Post, the Top Chef Masters alum writes:

“…Here in the U.S. the practice of de-beaking is prevalent in order to solve the issue of aggressive chickens fighting with one another in crowded factory farm conditions. Parts of these birds’ beaks are removed to reduce the amount of damage — or death — they can cause to one another…The quality of factory-farmed chicken is poor. Poorly raised, stressed animals produce a low-quality product in terms of texture, flavor and nutrition.
…
The foie gras issue is significant. And, from one opinionated person to the next, I applaud conviction. However there is a bigger impact to be made, a more significant fight to win and a more impactful victory to claim. Although both issues, foie gras and factory farmed chicken, are tricky and filled with passionate arguments, I urge you to get the most for your buck in choosing the battle that will greatly affect the majority of Americans. Prioritize and choose the battle that will make a greater difference.”

You can read her piece in its entirety here.