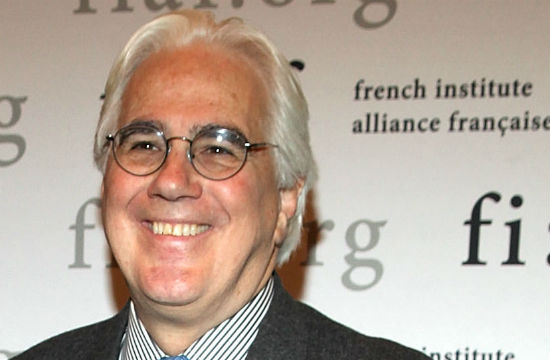 In a recent, lengthy interview with The Houston Press, Anthony Bourdain cited the death of jacketed fine-dining and the evolution of hipster food as an important step in enriching the culinary scene. But, of course, he couldn’t say that without insulting some established, well-respected food critics in the process, because Anthony Bourdain. Among his many, layered burns:

“Young people in their twenties are out there spending their hard-earned money on food, which was an unthinkable scenario 25 years ago…Even restaurants like Le Bernadin in New York are changing themselves to be more friendly and more inviting to people who aren’t middle-aged oligarchs…When I hear some snowy-haired, long-time food critic for a men’s magazine whining about the decline of service, I just don’t care. Those guys are just a bunch of old, entitled farts who’ll die soon anyway.”

“If I whine, it’s not about a decline in service but about a contemporary form of service whereby the customer comes dead last, after the chef’s insistence that there be no menu but what he wants to serve, an atmosphere that is deliberately intense, sometimes ear-shattering, even antagonistic, and waiters who look like they didn’t get around to a bath that week have to shout to be heard and do nothing more than deliver and pick up plates—for which you pay a bill that is about 80% or the same as at a fine dining restaurant Le Bernardin.”

You hear that, you hooligans? Turn down your slam-dancing music! It’s messing with the old folks’ taste perceptions. You know, in Mariani’s day, nothing came between you and your perfectly cooked scah-llop except the delicate tinkling of fancy forks on fancy plates around you, and perhaps some lovely classical violin playing softly in the background.

…Yeah. The moral of this story, we think, is that both old men and hipsters are equally annoying. Anthony Bourdain, old man hipster, beats the odds, yet again.