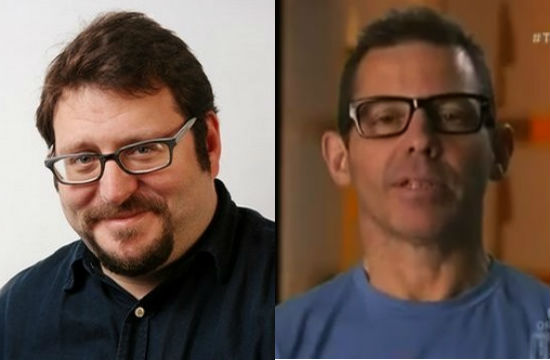 Though the run-of-the-mill, tongue-in-cheek misogyny that goes on over at Josh Ozersky’s new “Eat Like A Man” column for Esquire typically forces us to swim away before we can read too far down, a familiar name popped up in this week’s Q&A, and the gold standard passive aggression that unfolded was too good not to share.

None other than Top Chef: Seattle alum John Tesar was fished out of the audience fan mail question bag, and he posed an awfully familiar-sounding query for Josh:

“I don’t understand why restaurant writers are so political. I feel like they have an agenda, or at least a preconception about whom they are going to praise and whom they are not going to praise. What is the basis of their judgment? I really want to know. I feel that as a chef you are trying to get an honest, objective opinion and it seems that the writers are interested in something else.”

Hmm, where have we heard the “critics have an agenda” argument before? Josh returned in kind:

“John, you’ve been in the game a long time. It can’t come as a shock that food writing, and food criticism in particular, is an intensely political activity proceeding primarily from the writer’s desire to look cool, to excite his or her readers, and, most of all, to please the editors who control his or her livelihood. Be glad you’re in Dallas! In New York, a veteran chef who did great work in the mid 90s is as irrelevant to the writers as Blaise Pascal.”

Dang, Tesar, YA GOT BURNT.

Although, in an Ozersky vs. Tesar bro-fight, don’t we all lose?