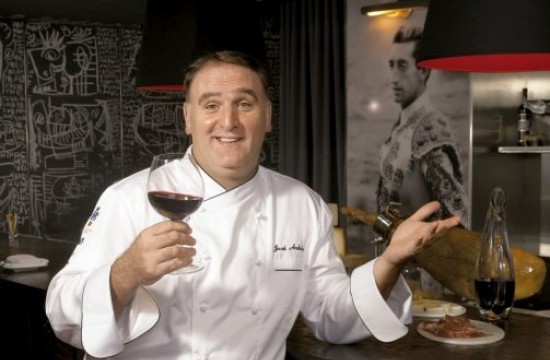 This weekend, ebullient el Bulli alum José Andres announced that not only did he admire Chipotle and want to pull off the success of Chipotle, he’s actually going to do a Chipotle — or, at least, get involved in fast-food restaurants.

Citing a desire to improve the lives and the health of millions of people at once, Andres believes that fast-food chains focusing on healthy ingredients would accomplish that in one stroke. “I’ve been saying for a while that more and more chefs, we need to be [better at] influencing how to feed the many,” he said, pointing out the success of Steven Ells’ mega-healthy, mega-popular Chipotle. “We only feed the few.” He wouldn’t go into details, but said that plans were already underway.

And, like any perfectly ruthless fast food mogul, he threw plenty of shade at his non-Chipotle competitors: “Let me ask you: Who do you prefer, a clown organizing your menu—with all due respect to Mr. McDonald—or a chef? I do believe it’s a very simple answer.”