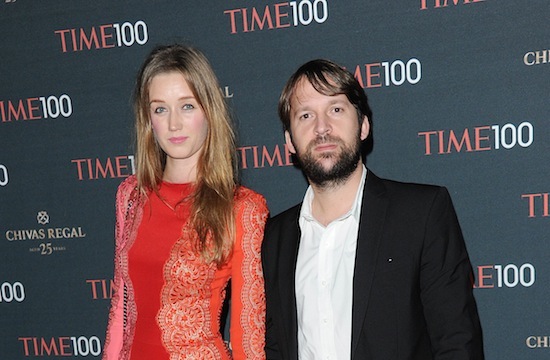 Wait, is that even allowed?

In case you missed it, Esquire’s Josh Ozersky has dared to go where no man has gone before. Sure, he pens misogynistic rant about ladyblogs, gets himself in trouble with hunting nuts, and occasionally beautiful homages to his father, to surprise us all. But now the man is questioning why we’re all obsessed with Rene Redzepi considering that the 99% (which in this case, includes actual restaurant critics and food bloggers, people in the know) haven’t eaten his food. Fair point, we guess?

I never objected to the concept of the celebrity chef. Yes, many of them are douchebags, and more than a few are out-and-out hoaxes, propped-up dummies like The Mandarin from Iron Man 3 or the creepy alien on Star Trek that turned out to be an even creepier bald child. But the basic idea of treating a chef as a somebody is a good one. The best chefs are artists that produce something special, something worth celebrating — which is what a celebrity is, after all. But the stardom, here in America, of the Danish chef Rene Redzepi, takes the concept to a bizarre extreme.

And then shit gets weird when Ozersky begins to compare Redzepi’s rise to superpowers with the six or seven supermodels who reigned the modeling world back in the day. In short, Redzepi is the 90s supermodel you wanted but could never ever figure out why he was so unattainable — he’s the Cindy Crawford of chefs. His reasoning? You’ve gotten a taste of every other celebrity chef out there.

You can eat David Chang’s pork sandwich in New York, and Sean Brock’s pork skins in Charleston or Nashville, or Keller’s food, at least in a simplified form, at any number of Bouchons, or even, if you have the scratch, at one of his two big restaurants on either coast. But nobody outside of a few gastrocrats and a handful of food writers has been to Noma. You can’t really say that Noma’s influence is felt here; the whole point of the restaurant is that everything comes from a square mile of Danish soil. (And it really is soil; dirt is a major element there.) The leaders of international modernism, like Grant Achatz or the Adria brothers, at least send out brain-waves that trickle down to terrestrial restaurants; but Noma is, by its very nature, inimitable.

Which leaves Redzepi, through no fault of his own, a figure famed pretty much for being famous.

Whoa, now. Somehow earning a spot on the World’s Best Restaurant List — nay, the no. 1 spot on the list for years — equates you with being a money grubbing fame whore? The fact that Redzepi’s name is in the same sentence as Kim Kardashian sort of makes our hearts hurt. But apparently Ozersky is just really, really upset that he’s never been able to head out to Copenhagen and apparently can’t see how Noma is a big deal outside of its bubble.

And sure, maybe seeing Redzepi work the late-night circuit is a little bizarre. Redzepi’s brand of genius doesn’t really belong up on a late night show with Jimmy Kimmel (and we say that with sadness, because who wouldn’t want to hang out with our pretend boyfriend and cook on national TV?). And maybe he’s not charismatic, as Ozersky is quick to point out (ouch, dude). But if you actually watch him in interviews (have you, Ozersky?), where his charm falls flat is where his authenticity comes through. He’s not the loud, crazy chef who makes ball jokes on late-night TV (hey, Guy Fieri). He’s just a chef who’s happened to make a name for himself and has ocassionally pimped himself on late-night TV. Redzepi may never be a Mario Batali. Or Gordon Ramsay. All Redzepi has to do his be himself — and we think that’s worked pretty well for him. Perhaps Redzepi “a phantom celebrity chef” to you, Ozersky — as the original URL of the Esquire story suggests the original headline — but he’s very real to the rest of the world.