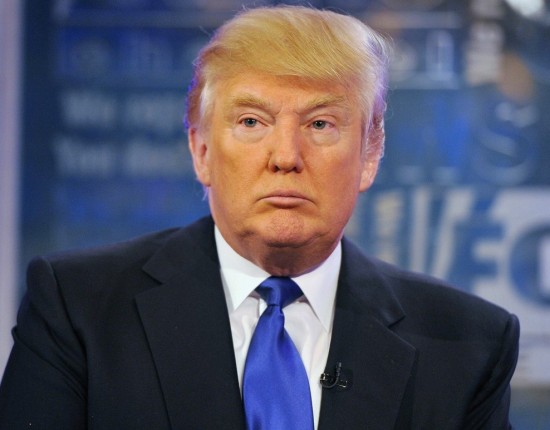 The New York Observer‘s restaurant critic, Joshua David Stein has resigned because of the paper’s endorsement of Donald Trump. The paper, he says in a letter in The Guardian, claimed it would stay neutral, but last week they endorsed the Donald in what Stein calls a “bizarro editorial.” It’s not necessarily surprising. After all, the paper is owned by Jared Kushner, married to Ivanka Trump. And, according to Stein, the neutrality veil had been “slipping” for a while. We’ve posted a portion of the article here:

Earlier this month, a story broke that the editor had helped Trump with his speech to Aipac. Even before, the Observer had run a bizarre takedown of a Trump political nemesis, the New York attorney general, Eric Schneiderman. There was even some business wherein the paper ran Putin propaganda. Putin is, according to Trump, his BFF.

But I wrote about crudités and deconstructed borscht. So I kept my head in my plate and tried to ignore the ugly politics around me. In my own indirect way, I tried to push back. Shortly after Trump delivered a toxic attack on Mexicans calling them rapists and murderers, I parroted his syntax for a favorable review of two tremendous Mexican restaurants, Cosme and Rosie’s. “When Mexico sends its people …” I wrote, “ They’re sending people that have lots of poblanos and they’re bringing those poblanos with them. They’re bringing tclayudo. They’re bringing tlacuyo, their arepas. And some, I assume, are good people, too.”

Subtle, it wasn’t. And for a while I contented myself as working for gradual change from within the system. I tried to convince myself that if I lauded love and light in my writing it could somehow redeem the dark toxicity of the paper’s ownership. Perhaps that I served the reader or shone the spotlight on chefs could absolve me. But in the end, there became less and less room to manoeuvre. But what’s the difference between a court jester and a genuine voice of dissent? One the court keeps; the other has too much integrity to keep the court entertained.

Such is, perhaps, the hidden blessing of extremity: it forces one to make hard choices. I could – and did – wriggle my way out of many morally tight spots and I know myself well enough to understand I’m an ethical octopus. Give me even the smallest aperture and I’ll squeeze out of it. Trump foreclosed that out. Taking money from and making money for a shill for Trump, Destroyer of Worlds, implicated me no matter how many self-justifying asanas I assumed.

Had it been Kasich, meh. I like restaurants more than I dislike him. Had it been Cruz, a man with remarkably sensual eyelashes and terrible, terrible policy, I could have eked out a few more reviews until the general election came. (Both Cruz and Trump are projected to lose in head-to-head match-ups no matter who the Democratic challenger is.)

Trump, however, is sui generis. His danger lies not just in his policies – which, hitherto, had been rather moderate – but in his demagogic summoning of our worst angels. His rallies are like seances from a much darker time and an even darker future. So it is besides the point entirely that he will certainly become a scary blip come November. To stand with Trump is to stand with hate; what I ate, and what I thought about it, is small beer compared with that.

The letter in its entirety can be found here.