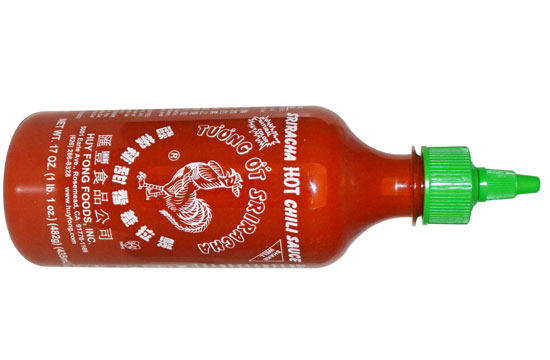 We’ve been giving you up-to-the-minute coverage of the battle between Huy Fong Foods, makers of the popular spicy demon sauce Sriracha, and the city of Irwindale, CA, which claims that fumes from the Huy Fong factory are causing health problems for its residents. We now have a resolution, thanks to a ruling by a Los Angeles Superior Court judge: the factory must partially shut down while Huy Fong and the city determine how to stop the jalapeno fumes from burning everyone’s eyes out.

While the factory won’t cease operations entirely — they’re in the middle of a peak processing season, and the nation would probably shun Irwindale if Sriracha suddenly disappeared — Judge Robert O’Brien sided with the city in its suit against the sauce factory, according to the LA Times. However — and this is the semi-annoying part — O’Brien remains unsure about whether the asthma, heartburn, and nosebleeds reported from Irwindale residents actually are a result of the Sriracha-making process:

O’Brien acknowledged in his ruling that there was a “lack of credible evidence” linking the stated health problems to the odor, but said that the odor appears to be “extremely annoying, irritating and offensive to the senses warranting consideration as a public nuisance.”

Oh, but who are we kidding? There’s going to be a small Sriracha shortage while they figure this out, which means that it’s going to be hyperinflated and hipsters are going to freak. out. so. HARD.

(I have no idea how the Vietnamese community is reacting to this, but here’s a real, legit, unedited quote from a Vietnamese relative staying with my family for Thanksgiving: “See, that’s the problem with Vietnamese people: they know how to make good things, but they don’t know how to stay clean.” Later, I forgot to turn the fan off as I made bacon and she burst in: “You forgot to turn off the fan! See? Now the house smells like bacon. You have Vietnamese blood in you.” Thanks for reminding me, anonymous, self-loathing relative.)

RELATED:
City Petitions Sriracha Factory to Stop Burning Their Eyes Out With Chili Fumes
Your Sriracha Nightmare is Far From Over
Our Resident Vietnamese Person Judges All The Dishes from Last Night’s Top Chef