Justin Warner’s Open Letter to His Food Network Star Successor: Advice from Hova And His Girlfriend 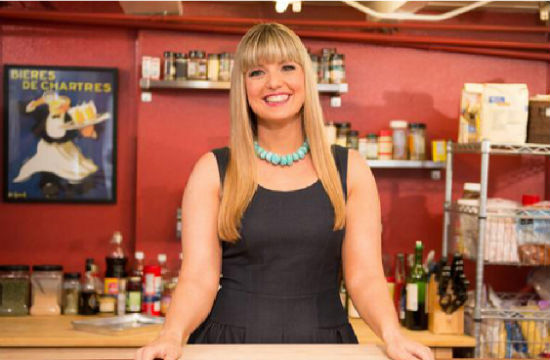 Food Network just crowned its ninth Star, which means we’ll soon be watching Damaris Phillips charmify bumbling kitchen bros, one biscuit lesson at a time (great euphemism or the greatest euphemism?). Her show concept is like Queer Eye for the Straight Guy, except Southern blonde cooking eye for the (we hope-we hope-we hope-not just-) straight guy. She teaches boy how to cook a lady-wooing modern Southern dish, and he tries his own hand at it for a date with girl. Her pilot was tentatively titled Eat, Date, Love, but after this disaster, we’re sure the network will steer away from it.

And who better to advise Damaris on her journey into stardom than Justin Warner: winner of Food Network Star Season 8, Alton Brown protégé, and relentless food blog darling? At the very least, he should be able to gently nudge her in the direction of some good press. Justin wrote her an open letter on FoodNetwork.com, in which he drew upon advice from his good friend Jay-Z and some experience with his girlfriend:

From here you will begin the process of developing a show, creating your brand and figuring out exactly who Damaris is — but on very valuable paper. Jay-Z once said, “I’m not a business man; I’m a business, man.” The same applies for you. Don’t be afraid to make the most of your new career in TV and beyond. You showed no signs of fear during 11 episodes of grueling competition. It should be a cakewalk from here.

Just so you know, you are about to meet thousands of people who can’t speak, simply because you are in front of them. You may have to pay someone to escort you to public events just to hold strangers’ cell phones and take pictures of you with them. Note: Do not ask your significant other to do this task in order to save a couple bucks. Trust me, the results are not cute.

Be cute, Damaris. And god speed.