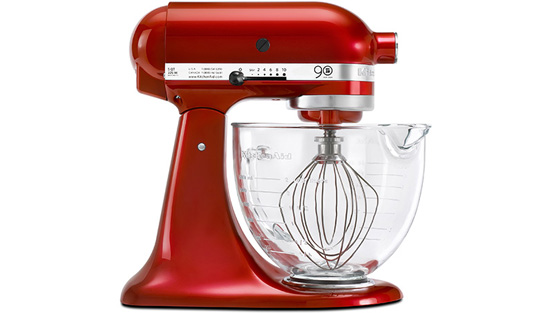 KitchenAid found itself in the midst of a social media firestorm after what appears to be an errant, albeit incredibly offensive tweet was sent from the company’s Twitter account during last night’s presidential debate.

According to Mashable, which grabbed a screenshot, the tweet referenced President Obama’s deceased grandmother Madelyn Lee Payne Dunham, who passed away just two days before Obama was elected president in 2008.

@KitchenAidUSA: “Obamas gma even knew it was going 2 b bad! ‘She died 3 days b4 he became president”.”??? Wow!” #nbcpolitics

The company quickly deleted the message before sending out a series of apology tweets.

Deepest apologies for an irresponsible tweet that is in no way a representation of the brand’s opinion. #nbcpolitics

Hello, everyone. My name is Cynthia Soledad, and I am the head of the KitchenAid brand.

It was carelessly sent in error by a member of our Twitter team who, needless to say, won’t be tweeting for us anymore.

That said, I take full responsibility for my team.Thank you for hearing me out.

Cynthia Soledad, the head of KitchenAid, also gave a full statement to Mashable:

“During the debate tonight, a member of our Twitter team mistakenly posted an offensive tweet from the KitchenAid handle instead of a personal handle. The tasteless joke in no way represents our values at KitchenAid, and that person won’t be tweeting for us anymore. That said, I lead the KitchenAid brand, and I take responsibility for the whole team. I am deeply sorry to President Obama, his family, and the Twitter community for this careless error. Thanks for hearing me out.”

KitchenAid has over 24,000 followers. Also: somebody is probably getting fired.