Last Call: Calm Down, There’s No Chicken Wing Shortage, Just Like There Was No Baconpocalypse 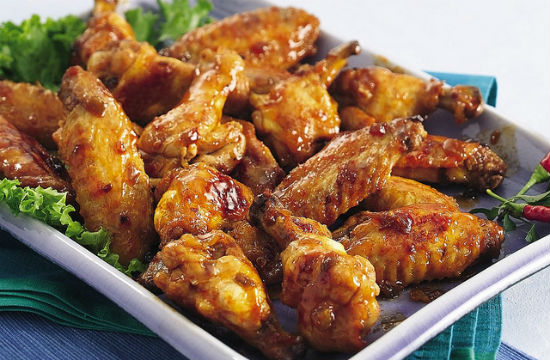 Time: All those reports about the chicken wing shortage for Superbowl Weekend are totally misleading you. The “shortage” is virtually non-existent, and the “price spike” is like, $0.14 a pound. Breathe. You survived last summer’s baconpocalypse, didn’t you?

Jezebel: Eva Longoria’s lady-geared steak restaurant STK now has a commercial that is every bit as awful (and offensive to women?) as you could possibly imagine. If someone could demystify the earring-chain-necklace and the seemingly unrelated lesbian undertones for us, we’d appreciate it.

Obama Foodorama: The USDA is proposing a ban on all junky snack foods in school cafeterias, in addition to last year’s school lunch overhaul. How high schoolers will get through seventh period Calc without a Snickers is their problem. We couldn’t have done it.