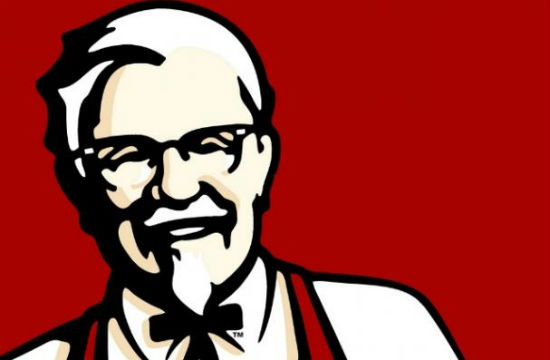 Huffington Post: Colonel Sanders‘ long-lost autobiography will be released on Facebook June 4th. The tome is entitled Colonel Harland Sanders: The Autobiography of the Original Celebrity Chef, which makes us feel like assholes for leaving him off our Brief History of Celebrity Chefs. In our defense, the fact that this book is being released exclusively on Facebook makes us feel less bad about assuming Colonel Sanders was a cartoon character meant to be the mascot of a fried chicken chain. Wait, Ronald McDonald is still fictional, right?

Daily Meal: Top Chef: Masters competitor and Master Chef judge Graham Elliot is slated to open his newest restaurant in Chicago next week. g. e. b. was expected by critics to adopt a rock ‘n’ roll theme, considering Graham is basically the chef-in-residence at Lollapalooza, but the casual eatery wound up fusing rock with — what else? — church. Look for menus that are also vinyl record sleeves, and pew seating. Tasty.

GrubStreet: We’ve been biting our nails all day over a possible closing for Bobby Flay‘s Mesa Grill in New York after reports went out saying the space the restaurant occupies is back on the market. But, just before the end of the day, Bobby popped up to reassure us all that they’re just renegotiating the lease. If they do wind up losing the space, a move to Midtown might be in the cards, but nothing concrete just yet. Stay tuned.

Eater: Three chefs de cuisine from Ferran Adria‘s former World’s Best Restaurant elBulli have opened up a new spot all their own in Cadaqués called Compartir. We longingly add to our Spain dining bucket list with a sigh.