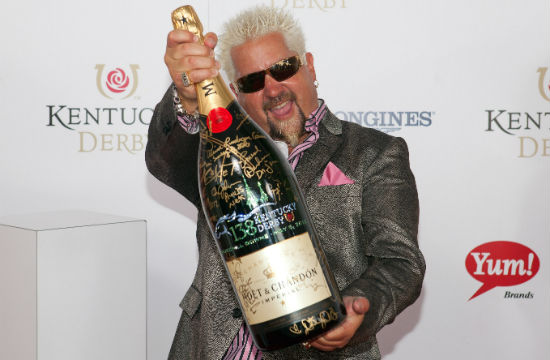 New York Post: Prohibition Bakery is cautiously, exclusively, and vomit-inducingly serving up “Scotch & Cigar” cupcakes, with real tobacco in the cake mix. But only certain special people can get one. They call it the Black Am-Ex of cupcakes.

Obama Foodorama: There is a man. And he is a civillian. And he lives in Iowa. And he has no White House connections whatsoever. And he owns a single, unopened bottle of White House Honey Ale. We trust you’ll make the right decision, son.

Huffington Post: In other beer-related controversies, some Colombian dudes are trying to get 20th Century Fox off their backs so they can sell a non-cartoon version of Duff Beer. Probably never going to happen, guys. Moe Szyslak apparently has exclusive rights to the draft.

Business Insider: Fear not, winos; we’ve got your backs, too. Evidently that pesky drought that’s sweeping the Midwest, which is sure to result in insanely expensive protein, will simultaneously produce unusually good Midwestern wines next year. What’s that? You’ve never heard of a Midwestern wine? That’s ’cause it’s too damned wet out there for their wine to be tasty. Hooray droughts!

Daily Meal: One US Olympian went from running the 800M in London to running The Beer Mile back Stateside. He lost to a Canadian. Sigh. Is Ryan Lochte the next Bachelor, yet?

Eater: Oh, and here’s an actual celebrity chef story, which has absolutely nothing to do with alcohol, for good measure. Alex Stupak weighed in on the issue of noise levels in restaurants and whether it adds to or takes away from the atmosphere. He was pro-noise for his Mexican joints. Mike Isabella probably forwarded the interview to Tom Sietsema and was all…