Last Call: What Does The Graham Elliot Fox Say?

Last Call: What Does The Graham Elliot Fox Say? 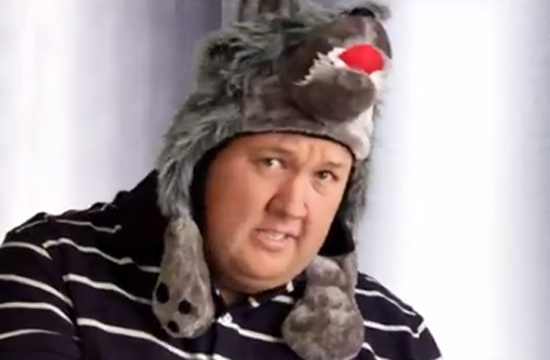 FOX: To promote their fall lineup, FOX Entertainment put Graham Elliot in a fox hat and made him and some other FOX stars sing the viral hit of the summer. Because, get it? Fox? But really, they did ask a very important question — what does the Graham Elliot say? Because we all know that the Gordon Ramsay goes “You’re USELESS!” and the Joe Bastianich goes “I’m very disappointed.” (Our vote’s for “Ding ding ding ding ding ding dinga-ding.”)

The Huffington Post: Think of the children and look at this slideshow of the terrible, depressing slop they’re forced to eat as a “school lunch.”

Valleywag: Oh god, do you really really really want to eat a Katz’s Deli pastrami sandwich, but you live 3000 miles away, but you’re also willing to pay an exorbitant markup for that sandwich to be shipped to you? There’s a start-up for that! Enter Goldbely. Exit probable food poisoning.

Grub Street: In other excessive traveling doughnuts news, the beignets of Cafe du Monde are coming to New York! For four days only, Grub Street will team up with Bravo to launch a NOLA-themed Top Chef food truck, where you can get the famous foods of New Orleans in our cold and filthy city.

The New York Times: Sometimes, Frank Bruni doesn’t like being a restaurant player — secretly visiting multiple lovers, falling passionately in love with them, but never able to fully commit because he’s compelled to move onto the next one. Now that he no longer has to review restaurants for a living, he’s re-discovered the joys of being a regular once again. Yay, monogamy!