Last Call: Has Danny Devito Been Hired At The Spotted Pig?

Last Call: Has Danny Devito Been Hired At The Spotted Pig? 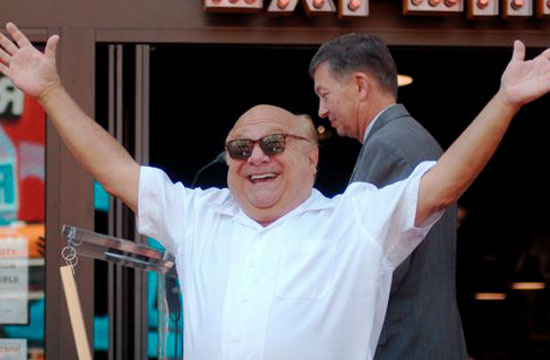 The New York Post: Well, no. But he WAS spotted in the kitchen.

The Atlantic: So you’re waking up from a post- Easter sugar hangover, and you have all these Peeps lying around — what to do? The most prestigious magazine in the country suggests you infuse them with vodka for yet another hangover. Brilliance!

Serious Eats: Before becoming one of America’s best pastry chefs, Pichet Ong majored in sculpture and architecture, which was not exactly a natural first love: “It was difficult for me to embrace fully because it’s all very subjective, right? I never understood the grading system, and the first B I got I was like, ‘This isn’t for me!’ I was upset that I didn’t an A.” Yeah, Bs are for failures.

The Associated Press: An Iranian ice cream company is trying to break the Guinness World Record for the largest tub of ice cream ever created. The tub cost $30,000 to make, weighs five tons, and will most likely be aimed at Israel should tensions rise between the two nations.

Gawker: You can blame the worst April Fool’s day prank of 2013 on this Hampton, VA employee of Waffle House, who called the police and was all “OMG, there was a robbery! Help, help, I’m dying! PSYCH! Haha jk we’re kewl.”

Eater NY: John DeLucie, chef at The Lion and Crown, is in talks to open a restaurant in London. Will our boss cry tears of sorrow as DeLucie spends more time overseas? (lowers voice to a whisper) We’ll keep you posted in our newest feature, “Where Will Dan Abrams Eat Now?”