Last Call: The Lone Star Tick, AKA ‘The Vegan’s Revenge,’ Can Make You Allergic To Meat 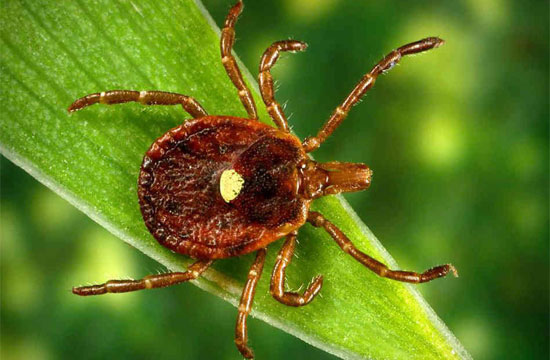 io9: Dear Jonny Shook, Vinny Dotolo, Anthony Bourdain, Sean Brock, April Bloomfield, David Chang, Fergus Henderson — okay, everyone who’s ever loved meat — never go hiking again. Why? Because if you’re bitten by a lone star tick, you might develop an allergy to sweet, succulent animal flesh. And once you do, you might as well just retire to a convent, because at that point you’ll only find your life’s meaning in the hands of God.

Huffington Post: Dear Alice Waters, Dan Barber, Amanda Cohen — okay, everyone who’s ever loved farmer’s markets — never use your reusable tote bag again. Why? Because if you don’t keep it properly clean, it can harbor e. coli, and it might kill you, because ever since San Francisco banned plastic bags, e. coli-related deaths spiked by 46%. And once you’re dead — well, you’re dead, so you’re literally in the hands of God at that point. Sorry.

Obama Foodorama: Ever since Michelle Obama tweeted out a recipe for kimchi, South Koreans have been delighted that the First Lady chose to make their national dish and share it with America — though they point out that her kimchi does “not look as red as the Korean traditional variety,” and that “the ingredients and preparation were also modified slightly for Western tastes.” Okay, Korea. If you want to play that way? These pizzas do not look as un-fishy or un-potatoey as the American traditional variety.

Gawker: Once we ate lasagna. Now we hurl lasagna. This tainted beef has horse meat. We gave you all the meat we could eat. But now a British company has been forced to recall all its lasagna products because they have between 60 to 100 percent horse meat in them, ohhhhhh! Tainted beef. (Ba dum, dum, BOMP BOMP.)

Eater: Rumors are swirling over David Burke, Jennifer Jasinski, and maybe even Tory Miller’s possible involvement in Top Chef Masters: Season 5. Apparently they were at an event in Los Angeles that involved servers in luchadores masks. More food fights with real fighters? Why yes. Yes this is a thing.

Grub Street: Are you in New York and all “Nemo Schmemo” about the impending blizz? Are you dying to eat dinner tonight in a half-full restaurant you’d never normally get a reservation at? Lucky for you, Grub Street published a handy guide to all the fancy restaurant reservations the rich people canceled on to sit out the storm in their brownstones. Get there.