Last Call: A Very Brief Look At Modernist Cuisine At Home (Which Is To Say, Not Very Brief At All) 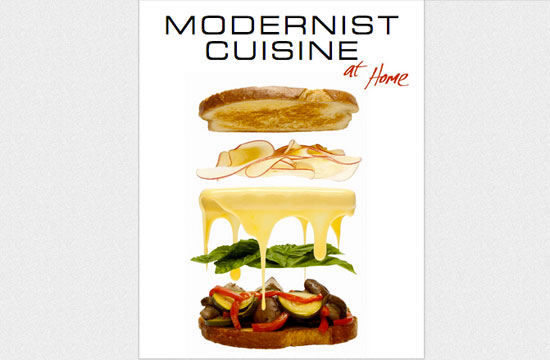 Scribd: Here’s a 28-page brochure previewing Modernist Cuisine At Home, which seems like a lot of preview material for a cookbook, until you realize it’s a 10 pound cookbook that’s a shorter version of the 40-pound book that came out years ago. Inside is a recipe for the best eggs Nathan Myhrvold’s ever made — and of course, it involves a whipping canister. Obviously.

The Daily Meal: Zombies carved from pumpkins are the best idea ever. First, they’ve got that pulpy, slimy texture that’s still carve-able; second, when they start rotting, they’ll look WAY more realistic; third, it’s harder for neighborhood kids to kick your jack-o-lanterns in the face when they’re running away from them in terror.

NYT: Gov. Andrew Cuomo today held an alcohol summit at the Executive Mansion in Albany, celebrating the “phenomenal” growth of the state’s alcohol industry since he became governor 22 months ago — a bright spot in a state with an 8.9% unemployment rate. No word on where his help-mate Sandra Lee was during this party, though she was likely trying to come up with some sort of offensive cake to celebrate the situation.

The Guardian: Reports from Japan indicate that fish from Fukushima may be inedible for the next decade due to the radioactive fallout from the devastating 2011 earthquake. Um, is there a bright side to this? And no, the fact that the fish glow in the dark doesn’t count as a “bright side.”

Fox News: A study from Consumer Reports Magazine found that energy drink makers often under-report the amount of caffeine that goes into their products, sometimes having 20% more caffeine in their drinks than listed. So wait. They’re lying to us? Does that mean that we can’t have 400 babies? We don’t know what to believe anymore.