London Restaurants Surprised To See Downturn In Business During Olympics 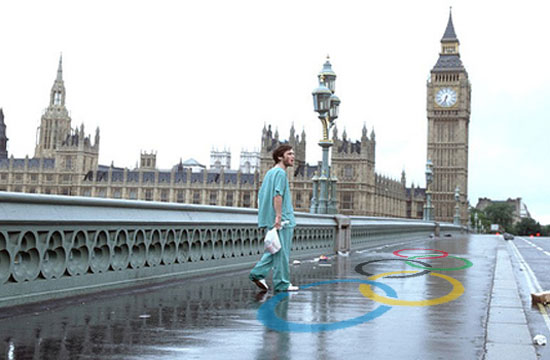 You’d think that with people piling into London for the 2012 Olympics, restaurants would be packed and everyone would be making it rain pound sterlings everywhere. Ha ha ha, no.

In a very sad Alanis Morrisette twist, Big Hospitality reports that due to the organizers of the Olympics warning locals and visitors to stay away from high-traffic areas, restaurants that aren’t close to any of the Games’ venues have seen their clientele drop — for some restaurants, by 50%.

“The city is much quieter than usual,” noted Lucy Knowles, the owner of a chain of local restaurants. “I think people are being told to work from home or take holiday.” This was definitely not what she, or a majority of London restaurant owners, thought would happen: “About six or eight months ago, I was thinking, ‘here we go, let’s coin it in!’ But it’s been the complete reverse.”

That’s right: the Olympics officials were so good at warning people to not mob the twisty, turny, cramped streets of London that they screwed over an entire industry, probably so they could have the restaurants all to themselves. (And that is how Garrett Weber-Gale scored his reservation at St. John.)

But for pub owners, the situation for them is more Shaun of the Dead than it is 28 Days Later: places that air the Olympics on TV were doing well. Beer and the Olympics? The best combination. Especially when they turn into the Beerlympics. (We totally don’t miss college.)