Lots of “Local” Food is Actually from Really, Really Far Away 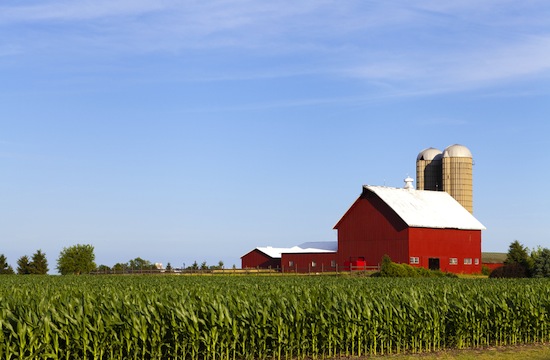 Wait, wait: you thought “local” meant local to you? Ha. When we go to a restaurant that’s serving food that’s “local,” we picture happy animals frolicking on farms, fresh, pesticide-free vegetables that were picked just before they got to you, and generally the entire plot of this Portlandia sketch:

Portlandia – Is It Local? Restaurant (FULL… by buzzingslack

Not so. Not even close. The Tampa Bay Times published an investigative report this week saying that “local,” “house-made,” and many of the other terms that give us the warm and fuzzies are, lots of the time, lies. Laura Reiley, who has been a food critic for the paper since 1991 noticed at Boca Kitchen Bar Market (a place where things are written on chalkboards, and the food is advertised as local, organic, and sustainable) that when she read the small print, the restaurant’s blackberries were from Mexico, and their blueberries were from California, a long way away from Tampa. At another restaurant Pelagia Trattoria, “the ‘Florida blue crab’ comes from the Indian Ocean.”

People, now more than ever want to know where their food comes from. We’re demanding higher quality, better food, without chemicals and GMOs, and we’re willing to pay for it. Reiley went back to every restaurant she reviewed while at the paper. Of the 239 that are still open, 54 “were making claims about the provenance of their ingredients.”

It’s always felt dubious to me when a restaurant says they source locally “whenever possible.” How do you define ‘possible?’ “Whenever possible” could be never, depending on how you define the parameters of what that is. Plus, you’re feeding me tomatoes in January. How local can local be? But even without qualifiers there are major issues at play here. Reiley says that “government oversight regarding the word ‘local’ is nearly non-existent. In many cases, farmers police things themselves.” And farmers and producers need to be able to keep up with a growing demand.

How can you police these things for yourself? One clear indication is price.

If you see all-natural steak for less than $20 on a menu, he said, beware. Most Americans prefer the mouth feel of corn-fed beef, but words like “hormone-free” and “pasture-raised” taste so much better than “feedlot.”

Local, natural, organic food is much more difficult and costly to produce, and if it truly is all of those things, the price would reflect that. If not, restaurants would lose a ton of money on the items.

Another way to know you’re being fed a lie is if the menu doesn’t change seasonally. Pretty much the only thing that can be grown year round is lettuce. If you’re eating asparagus in the Winter, something is up. A lot of us knew- at least subconsciously- that something had to be up. Not every restaurant can have all local food all the time. And if it’s happening in Tampa, it’s happening in your city too.