MAD Announces the Theme of the 2014 Symposium

MAD Announces the Theme of the 2014 Symposium 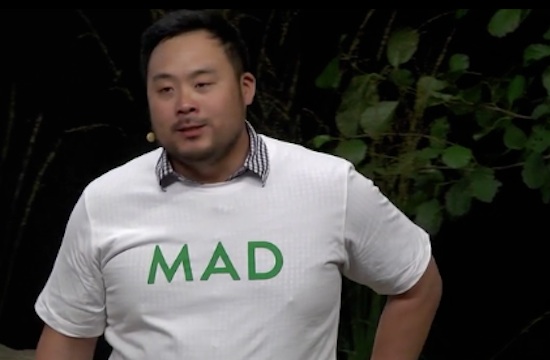 And we were already so excited over David Choe’s MAD talk when we got this news: Rene Rezepi and David Chang, along with new co-curator and fellow hat-wearer Alex Atala, have announced the theme for the upcoming MAD Symposium 2014, held annually in Copenhagen. It’s a subject that’s very close to our hearts, and may be a swipe at our egos: in the age of endless coverage and celebrity status, what is cooking?

Here’s the explanation of the theme, courtesy of MAD Feed:

In many ways, this is an incredible time to be a cook. The public has taken an interest in our traditionally blue-collar trade, opening doors previous generations could never have imagined.

But the more attention our industry receives from television, film, newspapers, magazines, and the Internet, the less clear it becomes what it means to cook. A path to celebrity, a means of attaining fortune — the past decade has given rise to a great many things that we know cooking is not. Our goal for MAD4 is to remind ourselves what cooking is.

Let’s re-evaluate the fundamental techniques and responsibilities of the profession. What are the legacies that we should uphold and what should we strive to change? And what’s cooking in the pan, on the grill, in the oven? Where does the food we cook come from and what’s in it? What will it become in the next century and how do we ensure that it changes for the better? How will cooking — and cooks — adapt and evolve?

MAD4 (as it’s so hiply called) will be held this year on August 24th and 25th, and the lineup of thought leaders and cool food people will be announced throughout the spring. As purveyors of celebrity chef gossip and internally conflicted food media analysts, we’d probably be well-suited to speak at this conference, but maybe that would cause us to implode.