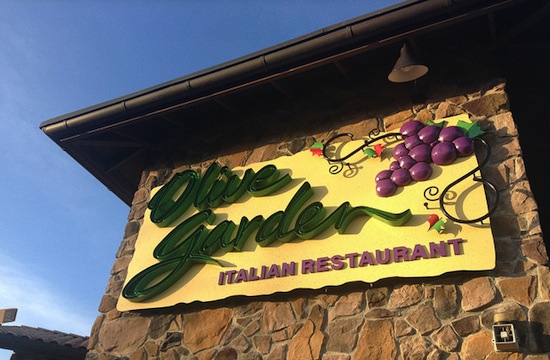 Much has been said about the Olive Garden Pasta Pass, which, when purchased for $100, gave the ill-fated consumer unlimited pasta for seven weeks. One man has finished such quest to eat Olive Garden twice a day for seven weeks, and because he’s so humble and genuinely happy with his (what we would have called poor) life decisions, we can’t even be judgey about it.

For real, this man Alan Martin ate $1,840 worth of Olive Garden pasta and when asked by Salon to describe his experience, he’s not even throwing up about it! From the email:

“It was worth it for the first bite of spaghetti and meatball! But it was worth it in more ways than just having happy taste buds. I was encouraged to see that our country still has jolly, fun people who love a good story, that root for the underdog and cheer when the little man wins. Of the comments I read and received, 99 percent were positive! The other 1 percent was at least funny…

And I certainly am thankful for whoever invented chicken gnocchi soup!”

Let’s remind ourselves that Martin is a pastor in North Carolina. So you know, not the asshole blogger living in Yankee territory, like ourselves. And he’s happy! And satisfied! And he lost four pounds eating Olive Garden every day for seven weeks! And for that we must say, we are speechless. We are out of snarky things to say. And maybe that’s OK. Godspeed, Olive Garden Pasta-Eating Pastor. You’ve clearly got life figured out better than we do.

RELATED: The Fastest Growing Restaurant Chain in America is a Breastaurant, So Go Ahead and Give Up Now
When Food Marketing Campaigns Go Too Far
Breakfast Links: Olive Garden Experiments with Kale, Because Trends!