Masa is the Latest Restaurant to Abolish Tipping 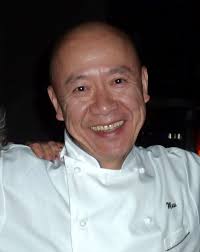 Masa is already America’s most expensive restaurant, and you’re about to get even more sticker shock. They’re raising their menu prices to $595, up from $450. As Eater points out, you will now be able to buy a Macbook for less than the cost of dinner for two. It’s worth noting that the $450 is just the base price, so with tax and tip, the price per person is going up about $55 per person.

The changes come due to the minimum wage hike this past January, and a rumored hike to $15 for all workers in the city by 2018. It’s also following a growing “hospitality included” trend which takes the onus off the customer to be in control of restaurant workers’ salaries. Danny Meyer famously announced last year that he’ll have eliminated tipping at all restaurants under the Union Square Hospitality Group umbrella by the end of next year (with the exception of fast casual spot Shake Shack, since it’s already not sit-down). Many other celebrity chefs and restaurateurs have followed suit, including Tom Colicchio, who has eliminated gratuity during Craft’s lunch service. The rest of his restaurants will follow if the policy is effective.”Hospitality Included” is also already a policy throughout Japan. Sushi Yasuda got rid of tipping in 2013 to follow the custom.

Eater also notes that certain menu items will now actually become less expensive. Like Per Sé Masa has menu add-ons which can be purchased for an additional fee. Whereas these items would have come into play when calculating tip in the past, they’ll now come “cheaper.” The same goes for alcohol. Eater’s article has a graphic to show how this will work.

We wholeheartedly support this shift, though there are opposers, including Eric Ripert. Still, more and more restaurants are falling in line, and it doesn’t look like it will stop soon.

Gabriel Stulman Getting Rid of Tipping at Fedora