Meat Prices To Go Up Thanks To Drought 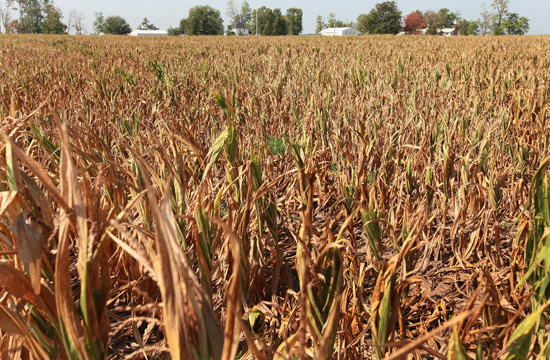 While the majority of the East Coast is enjoying a surprise bounty of cheap lobsters thanks to the absurdly warm summer, for the rest of the country, the heat wave translates into the worst drought since the 1950’s. And with the drought hitting 60% of all crops — particularly the mighty corn — agricultural economists predict that the price of grain-fed animals will go up in 2013.

Specifically: beef and pork are going to cost more, guys. And incidents like David Chang dropping his Beef Seven Ways from Momofuku’s menu will soon become far more common than you’d like.

Already the price of feed is being pushed up in anticipation of corn shortages, and with feed costs making up the bulk of meat production, “consumers are certainly going to feel it,” USDA economist Richard Volpe tells HuffPost Green. He predicts that beef prices will likely go up by 5%, poultry by 4%, and pork by 3%. Considering that normal grocery inflation is 2.8% a year, these are not good prices. And those estimates aren’t including the potential price markup that groceries or restaurants might pass on to customers.

Luckily, you can take comfort in two things, sad gourmand: first, farmers are thinning their herds in anticipation for next year’s lack of feed, so you might see lower meat prices right now. And second, fruits and vegetables aren’t going to be affected by the drought at all, since they don’t require processed corn (and are also irrigated)! Somewhere, some locavore chefs are cackling maniacally with Michael Pollan, we’re sure.