Millennials Would Rather Have Food-Gasms Than Actual Sex

Millennials Would Rather Have Food-Gasms Than Actual Sex 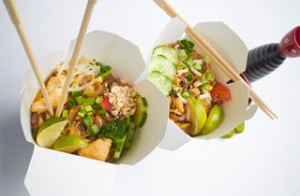 You know that feeling when you bite into Minetta Tavern’s black label burger, and you realize that there, in that moment you’re the happiest you’ll ever be because you have reached peak nirvana and nothing will ever be better than this? Apparently, that feeling is real, because a new study has come out that shows that great food can be extremely pleasurable, and many people believe it’s better than sex.

A study from Havas Worldwide came out this week that shows that 54 percent of men and women between the ages of 18 and 34 believe that “eating can be just as pleasurable as sex.” Further, 35 percent agreed with this statement: “Given the choice between sex and an excellent dinner at a restaurant, I would choose the dinner.” And, the study shows that food and sex may not be all that different, at least in the way we experience them. Food, the study shows, “offers endless opportunities for experimentation and new experiences. Around 8 in 10 prosumers (influencer) and 7 in 10 millennials say they like to experiment with new food flavors and ingredients. A majority of both groups also enjoy trying “exotic” foods and claim to be more adventurous eaters than they used to be.”

Social media definitely plays a role here. Instagram has changed the way millennials eat. The study says that “with the proliferation of hashtags such as #foodporn and #foodgasm, it might come as no surprise that around half the mainstream and 6 in 10 Prosumers agree that eating can be as pleasurable as sex.”

We’re all for it. Pizza, unlike people, is always there for you and never forgets to call the next day.