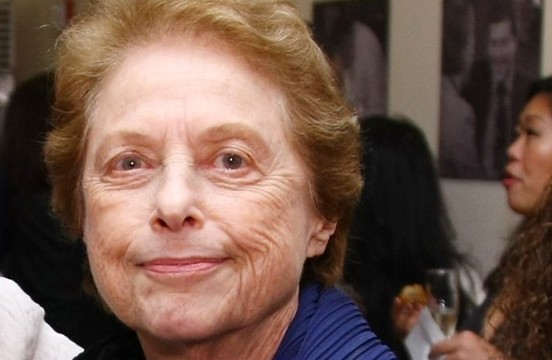 Former New York Times restaurant critic Mimi Sheraton sat down in front of a television with GrubStreet.com, turned on the Food Network, and started saying cruel and incisive things about its stable of personalities and their obsession with breasts. And we loved it.

The 86-year-old Sheraton, who served as the Times’s critic during the seventies and early eighties, is so eminently quotable that we pulled a few of our favorites from the piece, which also describes Paula Deen doing horribly visceral things to chicken breasts:

On “the Cleavage Crowd” — Giada De Laurentiis, Rachael Ray, and, disturbingly, Deen:  “When I cook, I know there is sputtering fat, and I know there are crumbs flying, and I wonder how much of it gets down there…I mean, you would never fry shad roe because it sputters so much!”

Relatedly, on Paula Deen: “Deen, still massaging her breasts, tells us that she was “the only mother that taught my 14-year-old boys to rub their meat.” Sheraton pauses. ‘I don’t know how I feel about that.'”

Why David Chang Is A “Fucking” Fraud: He “seems to use [“fuck”] every other word, very consciously I believe…I saw him on Charlie Rose and he never said [fuck] once. They must have warned him. He spoke like a perfectly normal, educated nice Queens boy. And I thought, This guy is a phony.”

Ina Garten, On The Other Hand, Is Absolutely Delectable: “I love her face. She looks good enough to eat!”