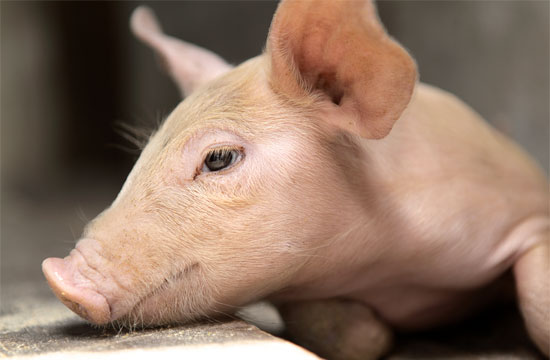 In Malaysia, food inspectors test not just for freaky, freaky contaminations like e. coli and salmonella, but also for non-halal products, such as, say, pig meat in meatballs. But no one expected a molecular test of some Cadbury chocolates to contain, as Quantz so clinically put it, at least “5 picograms (trillionths of a gram) of porcine DNA.” In non-clinical terms, that is pig DNA. In your chocolate. And, considering that they used the term “pig DNA” instead of something nicer like “bacon,” the contamination wasn’t from something chocolate-friendly.

While Cadbury immediately apologized and issued a recall for Cadbury Dairy Milk Hazelnut and Cadbury Dairy Milk Roast bars, Muslims are naturally outraged over the fact that they unknowingly ate pig products, to the point that a coalition of prominent Muslim groups announced at a press conference that they were declaring jihad against the company. “They have betrayed us Muslims by putting ‘haram’ elements through the foods we consume in our body, to weaken us Muslims,” said Abu Bakar Yahya, the president of Perkasa Selangor, according to Malay Mail.

But it’s not just that the chocolates are tainted — they are, according to these groups, destroying the very fabric of Islam:

Perkid president Ustaz Masridzi Sat said most social ills and apostasy cases in the country involving Muslims stemmed from them consuming food which was not halal.

“Because the person eats pork it is difficult to guide him to the right path. When the day of judgment comes, that person will be wearing a pig-face because of what he has eaten,” he said.

“We need to unite, we must declare jihad!” said Masridzi to shouts of “Allahuakbar” (God is great!) from the others in attendance.

Frankly, we might declare jihad against Cadbury for somehow getting pig parts in the chocolate. And the latitude of things that comprise a pig could mean that the DNA came from its organs, or its bones, or even worse parts of a pig. Cadbury, this one’s on you.