Essay: 'You Must Become A Cook before You Can Be A Chef'

Must Read of the Day: ‘You Must Become A Cook before You Can Be A Chef’ 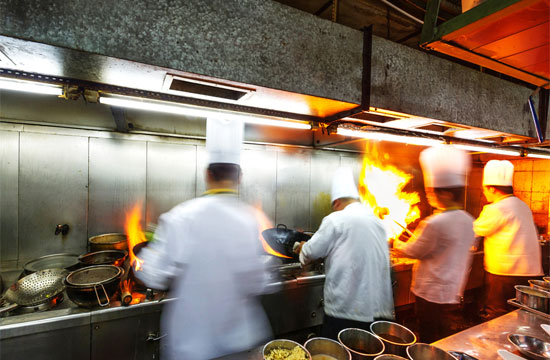 Today, we’d like to direct your attention to this essay by Alexander Lobrano, an American-born, Paris-based writer who just summed up everything we find annoying about the new culture of celebrity chef-hood. Fittingly, it’s published on MADFeed, the official blog of the MAD Symposium, whose theme for 2014 asks: “What Is Cooking?”

And what is cooking, Lobrano asks, when the world’s attention is turned towards the chef? According to him, the culprit is American television, and he’s starting to see its effects in France:

Creativity is part of cooking sometimes, of course, but having worked in restaurant kitchens—like many Americans, I worked in restaurants during college summers, including one memorable one where I was a hotel “salad chef,” a job that involved making enough macaroni salad to feed 75 people everyday, a task I approached so carelessly that it’s a miracle I was never responsible for filling 75 hospital beds — I also know that cooking is ball-bustingly hard, frequently repetitive and very stressful work that’s light years from the cooked (coked?) up reality of television programming. What’s even more alarming, though, is that these shows, which also exist in France, of all places, along with most major countries around the world in some form or another, have perpetuated the cult of the chef, as opposed to the métier of the cook.

This veneration of the chef comes at the expense of the cook, and it’s having a serious impact on the gastronomic landscape of the city where I make my home, Paris, because a new generation of TV-cued gastronomic professionals now see themselves as chefs rather than as cooks.