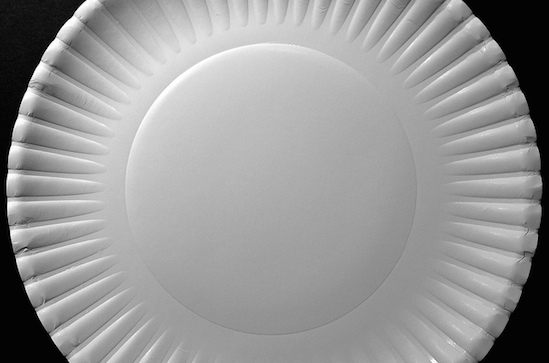 Today in “everyone is kind of the worst,” we have the Internet, self-righteous eaters, and the judgment of others. Shall we dig in?

The Telegraph shared one woman’s “day on a plate,” aka a food journal for the entire world to see. The woman, Kara Rosen, is the founder of a cleanse company. So no, we weren’t expecting to find cheeseburgers and disco fries in her day. What did we find instead? Kale salads, tea, rice cakes, and almond milk cappucinos (her indulgence on the weekends).

Fills hearts with joy when people eat like birds. My Day on a Plate: Kara Rosen, founder of Plenish | via @Telegraph http://t.co/fGuck930OT

So everyone decided to jump in with their own “calorie counts” and food diaries.

Cool, they finally printed my day on a plate. pic.twitter.com/d2fFuLnfUt

My Day On A Plate, Banker Edition

My Day on a Plate. pic.twitter.com/D7YFR86wvN

In fairness to Kara Rosen, we can't all have a 'my day on a plate' like Hunter S Thompson did pic.twitter.com/CFdYhvzAZ7

My "day on a plate" pic.twitter.com/QjMH5JvRDv

Self deprecating humor at its best, food shaming at its worst.

It’s a funny thing, this Internet. We’re gleefully horrified by things like truffle-topped White Castle burgers and “ramlets” and dessert hybrids (hello, Nutelasagna) but then judgmental and condescending towards people (oh wait, WOMEN) who eat right. Sure, kale salads don’t always show up on our plate, and almond milk cappucinos are like, our everyday order. But who are we to count someone else’s calories?

It’s a pervasive, idealistic jealousy to want to know “how she does it,” how someone can live on chia seeds alone. (Why do you think everyone’s bothering Christina Tosi so much?) The Internet opens the door wide open for judgment and criticism, especially when it comes to food. As if we’re doctors and can obviously tell whether someone has eaten too much or too little. So can we just all cool it and eat whatever is on the plate in front of us?