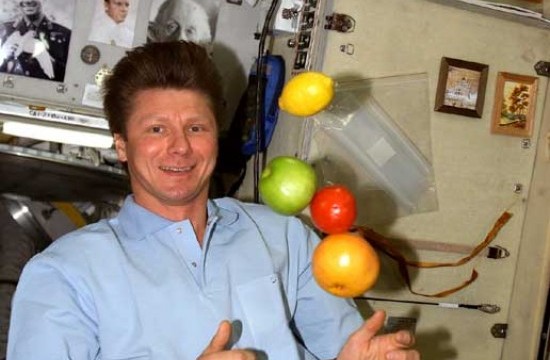 Last night, some of us may have stayed up way past our bedtimes to watch the Curiosity Rover land on Mars, and we blearily defended ourselves from mean coworkers who called us nerds by scream-mumbling “SHUT UP IT’S FOR THE SAKE OF SCIENTIFIC ADVANCEMENT zzzzzzzzz.”

All that aside, such a high-profile Martian event raises the question: when, and how, will we send humans to explore the Red Planet? Because if we do, we’re going to have to send them there with about two and a half years’ worth of food for a six-person crew.

That’s where NASA’s Advanced Food Technology Project comes in, and CNN interviewed some of their team members who are trying to overcome the daunting challenge of growing food in space. So far they’ve been able to successfully grow some lettuce leaves in a water and mineral solution, but one salad does not a successful manned interplanetary mission make.

Given how difficult it seems, though, why eat space plants? Mostly it’s to conserve energy by lightening the spacecraft’s payload. As NASA scientist Michele Perchonok explained, “if we didn’t go with the plant-based bioregenerative food system, and all we did was provide packaged food for a 1,000-day mission for a crew of six, it’s about 20,000 pounds of food plus packaging.” (Also, as any legitimate eater knows, eating nothing but prepackaged food for two and a half years is Very Bad For You.)

Also, not only are fruits and vegetables good for your body, the very sight of leafy greens will also prevent you from going insane in the dark, cold, infinitely vast emptiness of space, billions of miles away from everything you’ve ever known: “Certainly psychologically, to see bright fresh colors of fruits and vegetables and crunchy textures is going to be helpful,” says Perchonok.

Frankly, the solution is obvious: send Dan-droid Barber up in space to tend to the vegetables. (He’d look like C-3PO in a chef’s coat.)