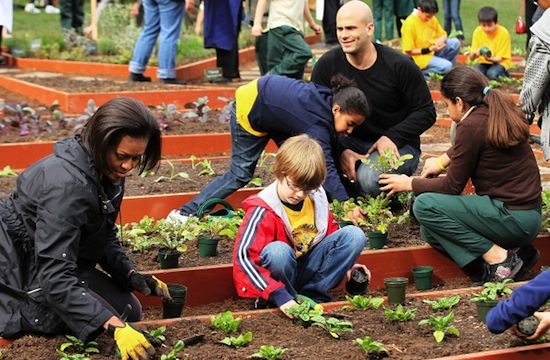 It’s the kind of sultry, salacious story that has every conservative foaming at the mouth — and not because they’re hungry.

Not only have conservatives loved to find any reason to blame Sam Kass and Michelle Obama for ruining America with their healthy food agenda, they’re also willing to believe that the First Lady pushed out Kass with “snippy comments.” (#ThanksObama!) That’s according to the National Enquirer, who comes at us with this deliciously stupid scoop:

“He just couldn’t take it – the relentless nitpicking, over petty little details that drove him insane. She thinks she’s Marie Antoinette!” a White House insider told The ENQUIRER.

“It has nothing to do with Sam’s cooking, which is superb. But you could be Wolfgang Puck and Michelle wouldn’t be happy. She’ll find some reason to turn up her nose, no matter how good a job you’ve done!”

“These are some of the world’s best chefs,” the source huffed. “It gets to be too much to bear.”

Uh huh. Because chefs aren’t used to criticism, or anything.

A quick reminder: Kass resigned last month to relocate to New York City, where his wife Alex Wagner works and lives. Granted, the whole story is to be taken with a ginormous grain of salt, as the National Enquirer also manages to drop in little tidbits of “rumors” of “the President’s philandering.” See, not even working in food (or having a beautiful face) can protect you from the conservative pundits!