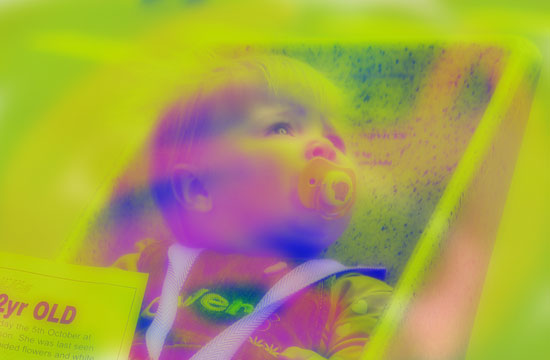 Is chef Neil Iron’s Red Lion Pub a family-friendly place where parents can bring their children to lunch? Or is it a trendy hot night club full of angel dust and wild trips and “out-of-body experiences” that occur after eating “special truffles” laced with MDMA, or ecstasy, as the kids call it?

Clearly even Iron himself doesn’t know, because he was brought before a British court for serving two toddlers chocolate puddings laced with ecstasy, likely left over from the desserts he allegedly spiked the night before “to liven things up” at a birthday party. The children were hospitalized and one of them had a severe reaction, according to the Daily Mail.

Iron insists that he would never serve children ecstasy, because that’s something you’d expect a normal, decent human being to say. “It must have been a person from the party because that’s where the food was. I wasn’t in the room, I was in the kitchen,” he said during the hearing. Besides, “I’m not going to say to someone, ‘Would you like some drug laced food products’ when you are about to sit in my restaurant and consume a lunch.”

The kicker: Neil Iron was once the head chef of The Royal Marsden Hospital, an actual hospital in England that specializes in cancer treatments. Things that you shouldn’t mix up or lace with illegal drugs: food for cancer patients. Also, he served afternoon tea to the Royal Family when they visited the Hospital, which is also a thing that you should not lace with illegal drugs.